Looking for new books? Each month, we’re sharing the first chapter of an upcoming book that you’ll want to add to your TBR list! This month, our featured title is Camp Famous by Jennifer Blecher which goes on sale May 10. 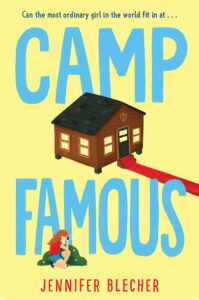 A cartwheel on a warm, sunny day should feel entirely happy. Especially if it’s not just one cartwheel, but a whole series of cartwheels done by a whole group of girls who have just been let out of the classroom for recess. Hands land on freshly mown grass and laughter bubbles across the field, so joyful that it sounds like it’s filled with glitter.

It was April. Teachers had started calling us “almost middle schoolers,” even though there were still two months left of fifth grade. Sometimes they meant it as a compliment. Other times as a warning to improve our behavior.

No matter what, it always made me worry. How was I supposed to handle what came next when what was right in front of me kept getting trickier and trickier?

Like recess. It used to be games of tag and racing to the swings and four square tournaments. A swirl of motion. Coats tossed to the ground no matter the weather. Now everyone except me seemed to have a spot, a group, someone waiting to restart a conversation that had been cut short when the morning bell rang.

I couldn’t ignore the growing suspicion that I was falling behind. That I was being forgotten.

So when Marin, the most popular girl in my class who was also actually nice, yelled, “Cartwheel contest!” I looked in the direction of her voice.

Marin and I weren’t really friends, but sometimes if she liked the cover of a book I was reading, she asked to borrow it when I finished. She always returned the book with no creased pages and, if she loved the story, she hugged the book before giving it back. I liked that about her.

So even though I wasn’t part of Marin’s group, I followed her over to the field. The cartwheels made it easy. I could slip in without having to wait for the other girls to notice me. Or worse, ask permission to join.

I got lost in the rotation of arm, arm, foot, foot. I fell in a dizzy heap, caught my breath, and started again. It was laughter and light and freedom and . . . “Um, Abby?” said Quinn, Marin’s best friend who was not nice at all.

I stopped, my arms a few degrees ahead of my body.

Quinn stood beside me. Even though my vision was blurred, the smirk on Quinn’s face made it obvious that something embarrassing had happened.

And that it had happened to me.

“Maybe you should tuck your shirt in?” said Marin, pointing to her waist where her shirt was tucked into her leggings.

“Or at least wear a bra,” said Quinn.

In an instant the field came into focus. Everyone else was cartwheeling with their shirts tucked into their waistbands. How had I missed that? Had everyone seen my chest? How could I be so clueless?

Laughter came from all sides. But fingers pointed in only one direction.

“Wake up, Abby,” said Quinn, rolling her eyes. But I was awake. I paid attention to everything. The way Quinn paused between cartwheels to throw her ponytail into a bun, twisting her hair before wrapping it tight. How Marin drank from her water bottle, examining the metallic rim to make sure that her lips landed in the exact same spot as the light pink gloss marks left from an earlier sip. How when Riley and Jayda cartwheeled right into each other, they collapsed into a happy heap instead of getting upset.

Paying attention to other people was what I did best. Most of the time.

Ms. McIntyre appeared at my side. She was the kind of teacher who could sense what was happening even if she didn’t know the details.

“Abby,” she said, bending down to whisper in my ear. “You okay?”

I nodded, squeezing every muscle in my face to hold back tears.

Ms. McIntyre smelled like roses and sunshine. Her eyes glowed with kindness. She placed her palm on my back and rubbed tiny circles.

I wanted to lean in and to pull away at the same time.

To start over and never, ever try again.

The recess bell rang. Ms.  McIntyre  hung back with me while everyone else walked ahead. I thought I could keep the tears inside. I really did. But then Quinn raised her cupped hand to Marin’s ear to whisper something. Quinn glanced back at me before repeating the motion with Riley. Quinn’s gaze was a laser that shot straight into me. Once the tears started, I couldn’t stop them. I stood at the edge of the field crying into the arms of my favorite teacher while everyone else in my class walked back into school.

Jennifer Blecher once worked as an assistant district attorney. Now she is a full-time writer and her work has appeared in both local and national magazines. She lives in Boston, Massachusetts, with her husband and their three children, but spends part of every summer on Martha’s Vineyard. 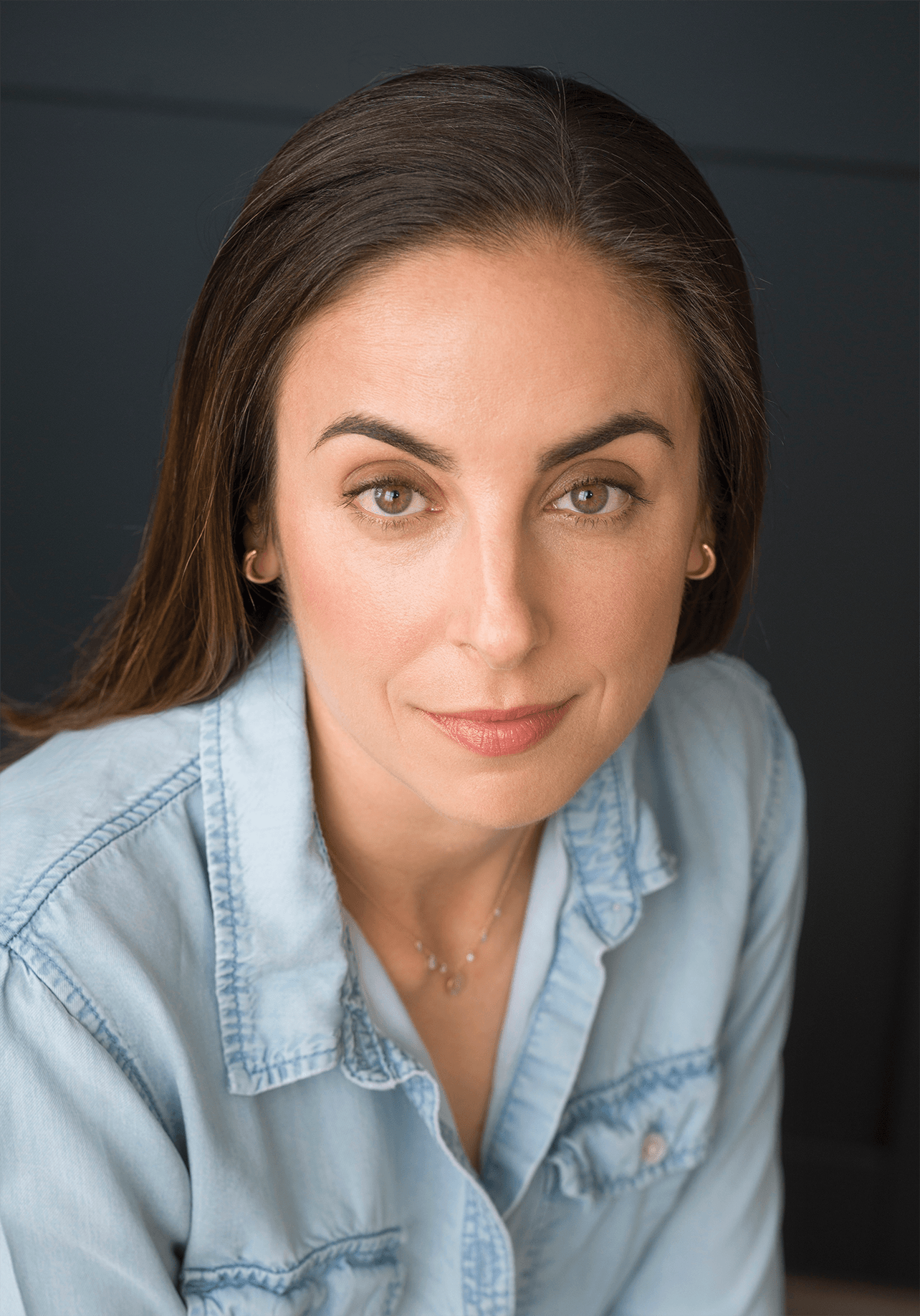