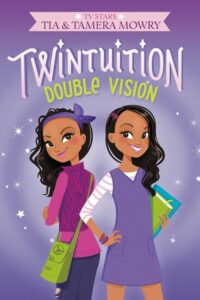 When their mother’s new job forces them to move from bustling San Antonio to middle-of-nowhere Aura, Texas, Caitlyn tries to stay positive, focusing on meeting new people and having new adventures. Cassie, on the other hand, is convinced that it’s only a matter of time until they’ll be sick of Aura and ready to move back to the big city.

But being the new kids isn’t their only challenge. The girls start experiencing strange visions, and they must work together to change the future before it can happen. 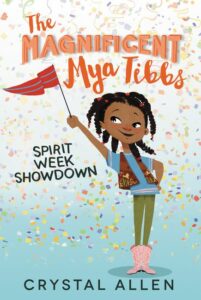 Nine-year-old Mya Tibbs is boot-scootin’ excited for the best week of the whole school year—SPIRIT WEEK! She and her megapopular best friend, Naomi Jackson, even made a pinky promise to be Spirit Week partners so they can win the big prize: special VIP tickets to the Fall Festival!

But when the partner picking goes horribly wrong, Mya gets paired with Mean Connie Tate—the biggest bully in school. And she can’t get out of it.

Now Naomi is friend-ending mad at Mya for breaking a promise—even though Mya couldn’t help it—and everyone at school is calling Mya names. Can Mya work with Mean Connie to win the VIP tickets and get her best friend back? 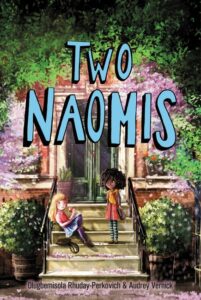 Other than their first names, Naomi Marie and Naomi Edith are sure they have nothing in common, and they wouldn’t mind keeping it that way.

Naomi Marie starts clubs at the library and adores being a big sister. Naomi Edith loves quiet Saturdays and hanging with her best friend in her backyard. And while Naomi Marie’s father lives a few blocks away, Naomi Edith wonders how she’s supposed to get through each day a whole country apart from her mother.

When Naomi Marie’s mom and Naomi Edith’s dad get serious about dating, each girl tries to cling to the life she knows and loves. Then their parents push them into attending a class together, where they might just have to find a way to work with each other—and maybe even join forces to find new ways to define family.

4. President of the Whole Fifth Grade by Sherri Winston 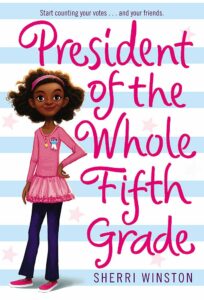 When Brianna Justice’s hero, the famous celebrity chef Miss Delicious, speaks at her school and traces her own success back to being president of her fifth grade class, Brianna determines she must do the same. She just knows that becoming president of her class is the first step toward her own cupcake-baking empire!

But when new student Jasmine Moon announces she is also running for president, Brianna learns that she may have more competition than she expected. Will Brianna be able to stick to her plan of working with her friends to win the election fairly? Or will she jump at the opportunity to steal votes from Jasmine by revealing an embarrassing secret?

5. Tristan Strong Punches a Hole in the Sky by Kwame Mbalia 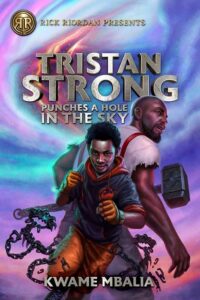 Seventh grader Tristan Strong feels anything but strong ever since he failed to save his best friend when they were in a bus accident together. All he has left of Eddie is the journal his friend wrote stories in. Tristan is dreading the month he’s going to spend on his grandparents’ farm in Alabama, where he’s being sent to heal from the tragedy. But on his first night there, a sticky creature shows up in his bedroom and steals Eddie’s notebook. Tristan chases after it–is that a doll?–and a tug-of-war ensues between them underneath a Bottle Tree. In a last attempt to wrestle the journal out of the creature’s hands, Tristan punches the tree, accidentally ripping open a chasm into the MidPass, a volatile place with a burning sea, haunted bone ships, and iron monsters that are hunting the inhabitants of this world.

Tristan finds himself in the middle of a battle that has left black American folk heroes John Henry and Brer Rabbit exhausted. In order to get back home, Tristan and these new allies will need to entice the god Anansi, the Weaver, to come out of hiding and seal the hole in the sky. But bartering with the trickster Anansi always comes at a price. Can Tristan save this world before he loses more of the things he loves? 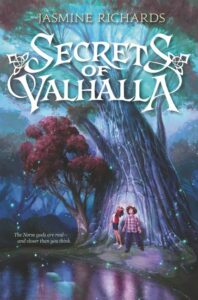 Two friends awaken a world of myth and magic in this epic middle grade fantasy perfect for fans of Rick Riordan and Anne Ursu.

It’s not every day that you find a famous weatherwoman bound by magic to a tree deep in the woods. Or discover that the weatherwoman is in fact Sunna, the Norse Goddess of the Sun, and one of the seven day guardians who keep time in order. But that’s just what happens to new friends Buzz and Mary—and it’s only the start of their adventure.

Now, as the people of Earth are forced to repeat the same Saturday over and over again, Buzz and Mary must journey to collect the Runes of Valhalla and awaken the other day guardians, before vengeful god Loki can get to them first.

7. Jake the Fake Keeps It Real by Craig Robinson 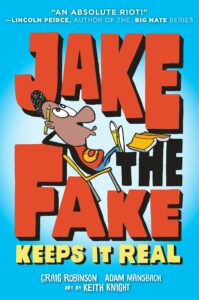 Jake can barely play an instrument, not even a kazoo. And his art? It’s better suited for Pictionary than Picasso. Which is a real problem because Jake just faked his way into the Music and Art Academy for the gifted and talented (and Jake is pretty sure he is neither). More jokester than composer, Jake will have to think of something quick before the last laugh is on him.