Looking for new books? Each month, we’re sharing the first chapter of an upcoming book that you’ll want to add to your TBR list!

This month, our featured title is The Stars Did Wander Darkling by Colin Meloy, author of the Wildwood Chronicles and The Whiz Mob and the Grenadine Kid.

The Stars Did Wander Darkling goes on sale September 13! 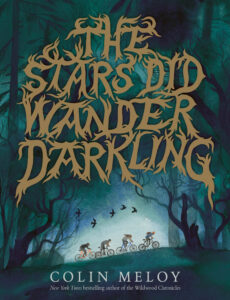 The rain-wet woods, a hover of mist just below the treetops, brief flurries of drizzle escaping through the boughs of the firs. The moss- thick floor, fountains of fern, primordial fern, bunching on the hillside, little explosions of green. Everywhere is green: dark green, lime green, sea green. The sound of the sea. No sign of the sea, but the sound of the sea. The wind, when it blows, is cool and wet and salty.

In a clearing, three men have appeared. No knowing how they got there—did they climb down from the trees or claw their way through the mossy forest floor? They have arrived, one after another, in the clearing. They are wearing suits and coats, brown as dirt, and brown hats. Their shirts are dingy, as if they spent the night somewhere dirty and dark. Their cuffs are yellowed from sweat.

A mist engulfs the clearing, obscuring everything beyond the first few stands of trees. One of the men kicks at the ground with a scuffed wing tip.

“I believe it is earth,” says the first. “I recall it; I have memory.”

The third, Toff, kneels down and takes a fistful of moss in a grimy hand and holds it to his nose, sniffing. He recoils.

“Stinks,” he says. He then proceeds to cram the stuff into his mouth. He chews. He chews like a cow on its cud. He stands and reports to his compatriots, barely intelligible through his mealy meal, “No good.” Bits of moss fall from the corner of his mouth. His fellows look on disinterestedly.

They are all built mostly the same. They are of medium height, of medium stature, with little paunches of belly. Their facial hair distinguishes them: Toff with his bushy mustache, Lugg with his full beard, and Wart with neither beard nor mustache but with muttonchops that sprout from the sides of his cheeks like wiry dark cotton.

Lugg has finished his meal of earth and moss and has swallowed. He has wiped his lips clean. The three men stand facing one another in the clearing, three points of a triangle.

Lugg smiles at his compatriots. His teeth are black with dirt.

There is a rustle in the nearby vegetation. A small deer, having come upon the scene, has bolted. The three men track its movement as it races up the hillside.

“Nah,” says Lugg. He has retrieved a small, well-worn book from his pocket. He begins leafing through it until he comes upon the sought- for page. “It’s a deer, a mammal,” says Lugg. “Related, though.”

Lugg refers to his book again and, having read it, shakes his head. “Lesser sentience,” he says. He pulls out the small nub of a pencil and makes a note on the page. He places the book back in his interior pocket. The other two men do likewise: pull book from pocket, note with stubby pencil. One returns his book to an interior jacket pocket, the other keeps it in his hand. This is Wart. He has remained on the page and begins to read: “‘Coastal temperate rainforest, North America. More living and decaying biomass than anywhere on planet. Prime tree species include Douglas fir, Western hemlock, Sitka spruce, red cedar.’” Inhales deeply, grimaces. “Stinks.”

The other two are listening, though.

The other two nod, taking in the information.

More nodding from his compatriots.

There is a quickness of breeze; it shakes the tree limbs and rustles the leaves. The mist begins to separate, to unweave. A veil is being lifted.

Wart continues, “‘They seat the child in front of a wide open window,’” he reads, “‘where the blue air bathes a mass of flowers and in his heavy hair where the dew falls move their delicate, fearful and enticing fingers.’”

The mist continues to dissipate; the light around them grows. Toff and Lugg exchange glances and then look out into the dark forest.

The birds have stopped their song; the wind whistles through the boughs. It ruffles the pages of Wart’s notebook. He grips the book tighter, his thick fingers holding back the paper, and reads again: “‘But now I know that twenty centuries of stony sleep were vexed to nightmare by a rocking cradle . . .’”

Toff, looking out into the surrounding woods, sees something. A smile begins to break across his face, revealing his rutty, yellowed, and dark teeth. Lugg sees it, too, now, and smiles. Look: in the break between two trunks of trees is a lightening, the view of a horizon. Slowly, the surrounding forest reveals itself to the three men; it is as if a world outside themselves is emerging from thin air. Beyond the trees, the sky can be seen, a sky brightening as the mist retreats. This new light reveals, just below, a small town, its many buildings and houses arrayed before them as if in miniature. The ocean, the wide, gray ocean, heaves against a long strip of beach that extends beyond their vision.

Wart, his eyes now on the scene before them, finishes his recitation without looking at the page: “‘And what rough beast, its hour come round at last, slouches toward Bethlehem to be born?’”

He smiles, closes book, places it in interior jacket pocket. The time has come.

Colin Meloy is the author of The Whiz Mob and the Grenadine Kid and the New York Times bestselling Wildwood Chronicles as well as two picture books, The Golden Thread: A Song for Pete Seeger and Everyone’s Awake. He is also the singer and songwriter for the indie rock band the Decemberists. Colin lives in Oregon with his wife and frequent collaborator, illustrator Carson Ellis, and their sons. 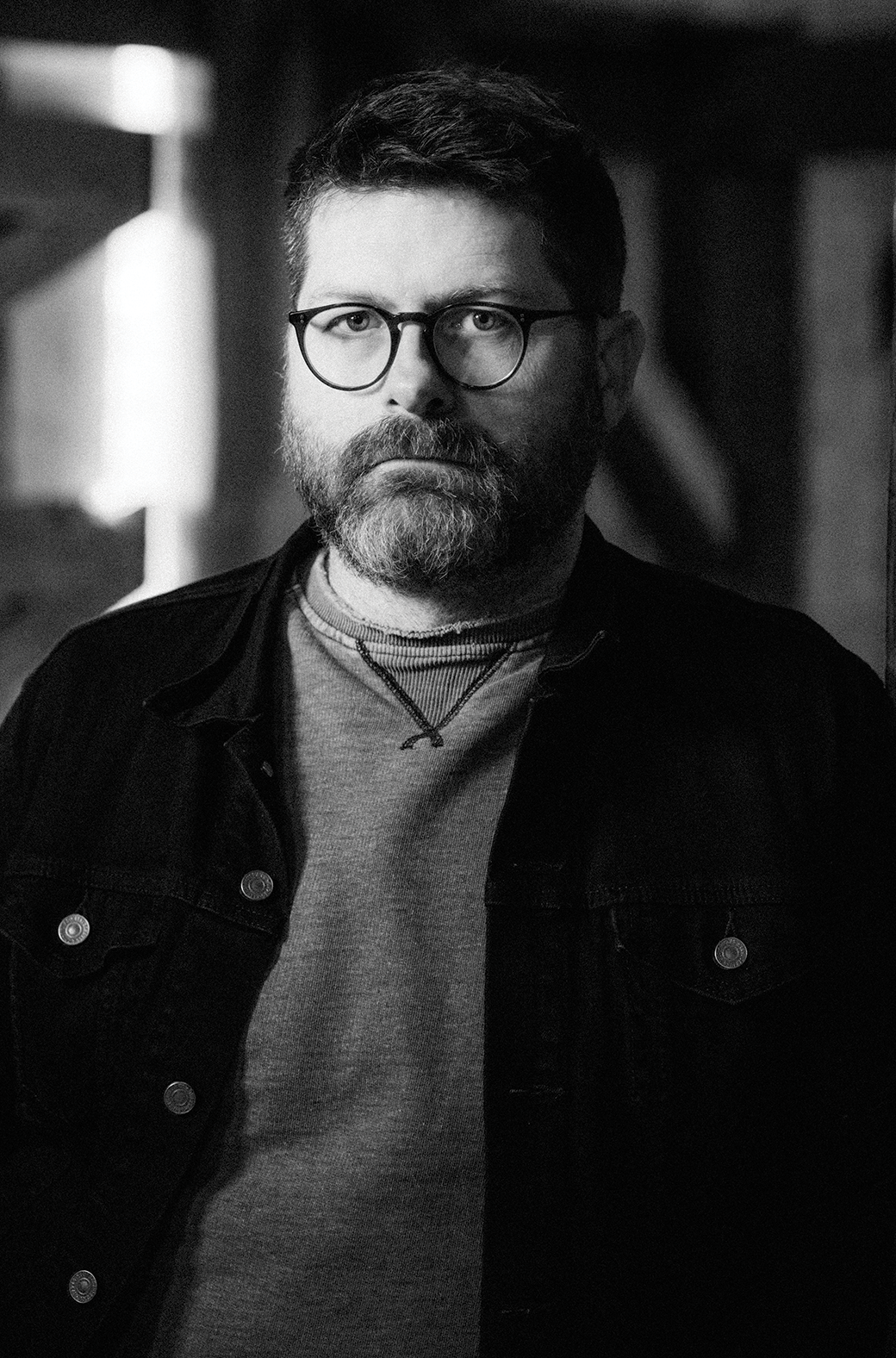