This month, our featured title is
What Happened To Rachel Riley by Claire Swinarski! 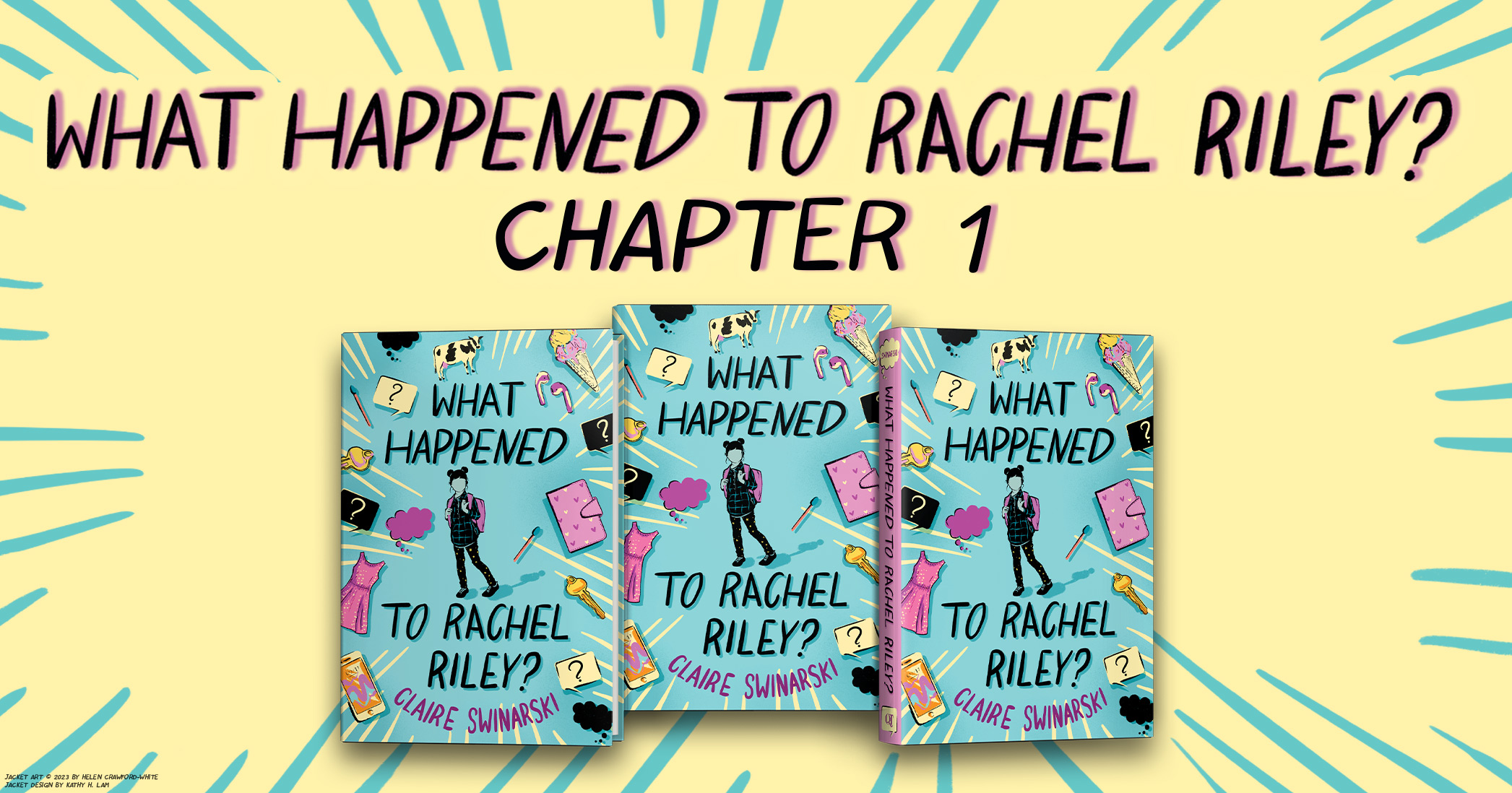 Looking for new books? Each month, we’re sharing the first chapter of an upcoming book that you’ll want to add to your TBR list!

I hope that you’re having a good winter break. Enclosed you will find my un-essay for our Social Issues class. I’m sorry it’s late, but I hope you understand. Thanks for giving me an Incomplete on my report card instead of an F, because that would have given my mom a heart attack.

When you first asked us to do an un-essay, I didn’t know what to think. I thought maybe it was because I was new and we didn’t have things like

un-essays in Chicago. We only had . . . actual essays. But then I realized it wasn’t because I was new, it was because nobody in all of East Middle’s current eighth grade had done an un-essay before.

I really liked Social Issues, even though some people in this un-essay would disagree and call it a “waste of taxpayer dollars.” No offense—their words, not mine. I liked that you let us choose our own topic, too.

I know other kids worked on topics that seem bigger or more important, like capital punishment or immigration. But you said it just had to be any social question that mattered to us, and that it didn’t have to be trending on Twitter or covered on the news.

So I asked what happened to Rachel Riley.

Enclosed you will find the results of my research. In addition to my notebook, you will also find one pair of swim trunks, an old iPhone with recorded interviews, a gift certificate for Lee’s Dairy Emporium, a purple lighter, a stapled packet of text message transcripts, and a pack of hallway passes. The passes were stolen from Mr. Corey’s desk in the art room—you can return them if you want.

I hope you learn, from everything in this box, how Rachel Riley went from being the most popular girl in school to a Complete Social Outcast of the First Degree. I also hope you learn that when asking a complicated question, you should prepare for that question to shake and quake into a thousand more. Because people, like fires, can surprise you. And lies, like flames, can spread faster than we can put them out.

Assignment: This semester in Social Issues, you will be required to complete a semester-long project instead of a final exam. This project will take the form of an “un- essay.” That means you can do anything on a social topic of your choosing, as long as it isn’t an essay.

Past examples from former students:

Get creative: You can use sewing, cooking, painting, or any other medium that will help you explore a social issue and translate it for our class.

Remember: Social issues don’t have to be things that are widely covered in the news. In fact, some of the most interesting stories are the ones that aren’t being told. They can be small or large, local or international. Think of something that’s interesting to you—you’ll be working on this project for the entirety of our first semester, so try and make it something you’re passionate about!

Grade: Your un-essay will be worth 85 percent of your final grade. Assignments will be graded on thoroughness, creativity, and presentation.

This is Anna Hunt. Obviously. You said you wanted us to share a little bit more about ourselves to get to know us, so . . . here’s that recording you asked for. It’s cool that you didn’t just want us to, like, write a note or whatever. I kind of feel like I’m making a podcast or something.

Anyway, there’s not that much to tell. I’m new to East this year. I’m twelve years old. I know that’s young for eighth grade, but I started kindergarten early because I was kind of smart for a kid. I mean, I’m still a kid, but whatever. When I was little. I used to live in Chicago, but we moved up here to Madison because my mom’s going to teach at the University of Wisconsin Law School this semester. My dad is a lawyer, too, but he just works from our living room and writes contracts for companies. Oh, and I have a sister named Nik, who is a sophomore at East High. She’s, like, a total tech genius. She already designed her own app that can play different sounds, like crickets or waves, when you sleep. Her real name is Nikola, which is kind of a unique name around here, but my mom is from Poland. We speak Polish, too, which is fun, because there were lots of Polish people in Chicago but there aren’t many here, so it’s like we have a secret language. I don’t have a big extended family or anything, but my grandma does still live in Poland, and I talk to her a lot.

Anyway . . . I’m really not that interesting. I like to read, and I have two dogs named Jesse and Kix. I like cooking with my dad. I don’t play sports or anything like that, so . . . I guess that’s kind of all you need to know.

I’ve been trying to think about my Social Issues project, but I know we have a little more time to decide. I’ll try to pick a topic soon. 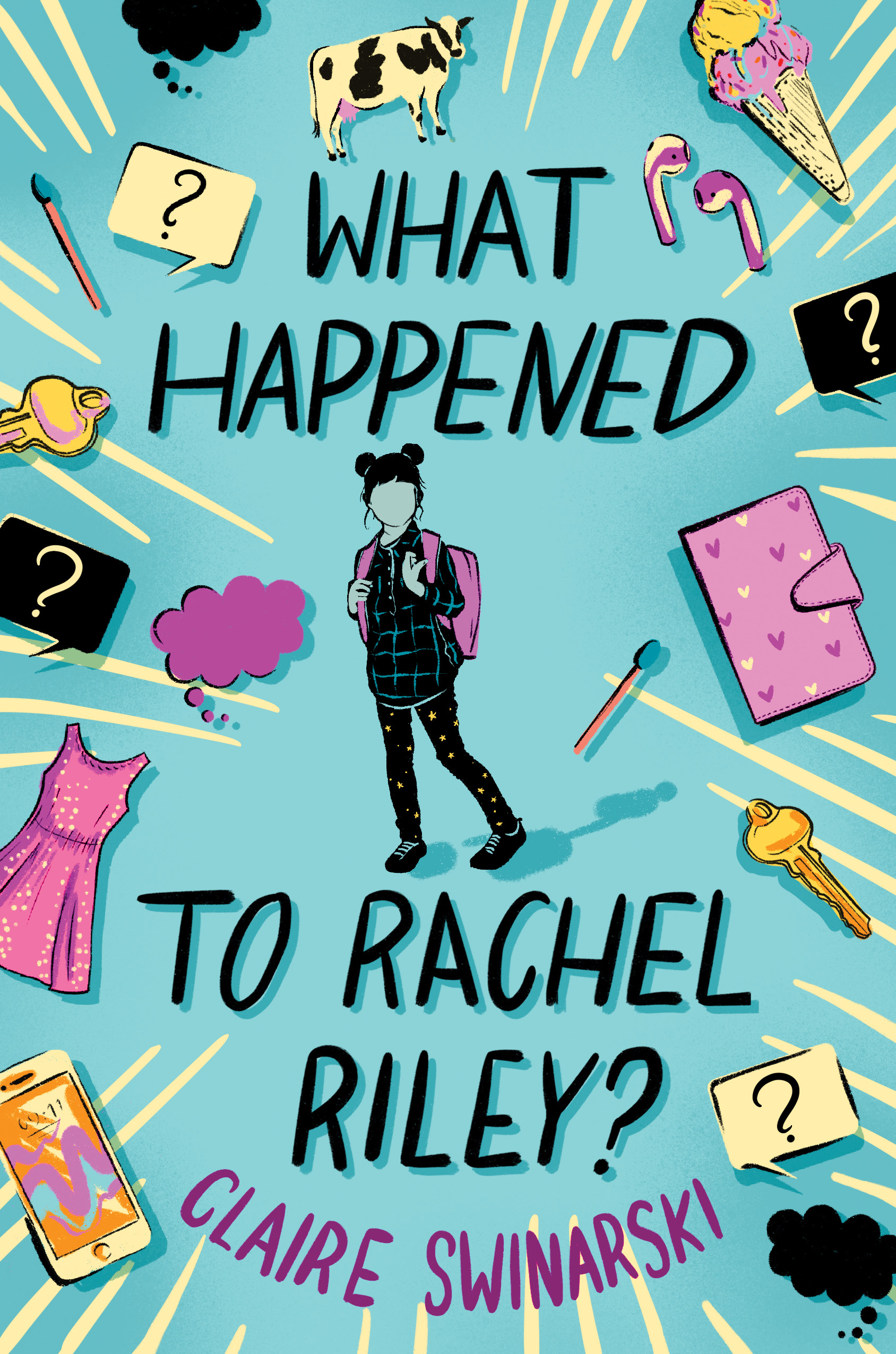