With love and hope, Susan and Greg 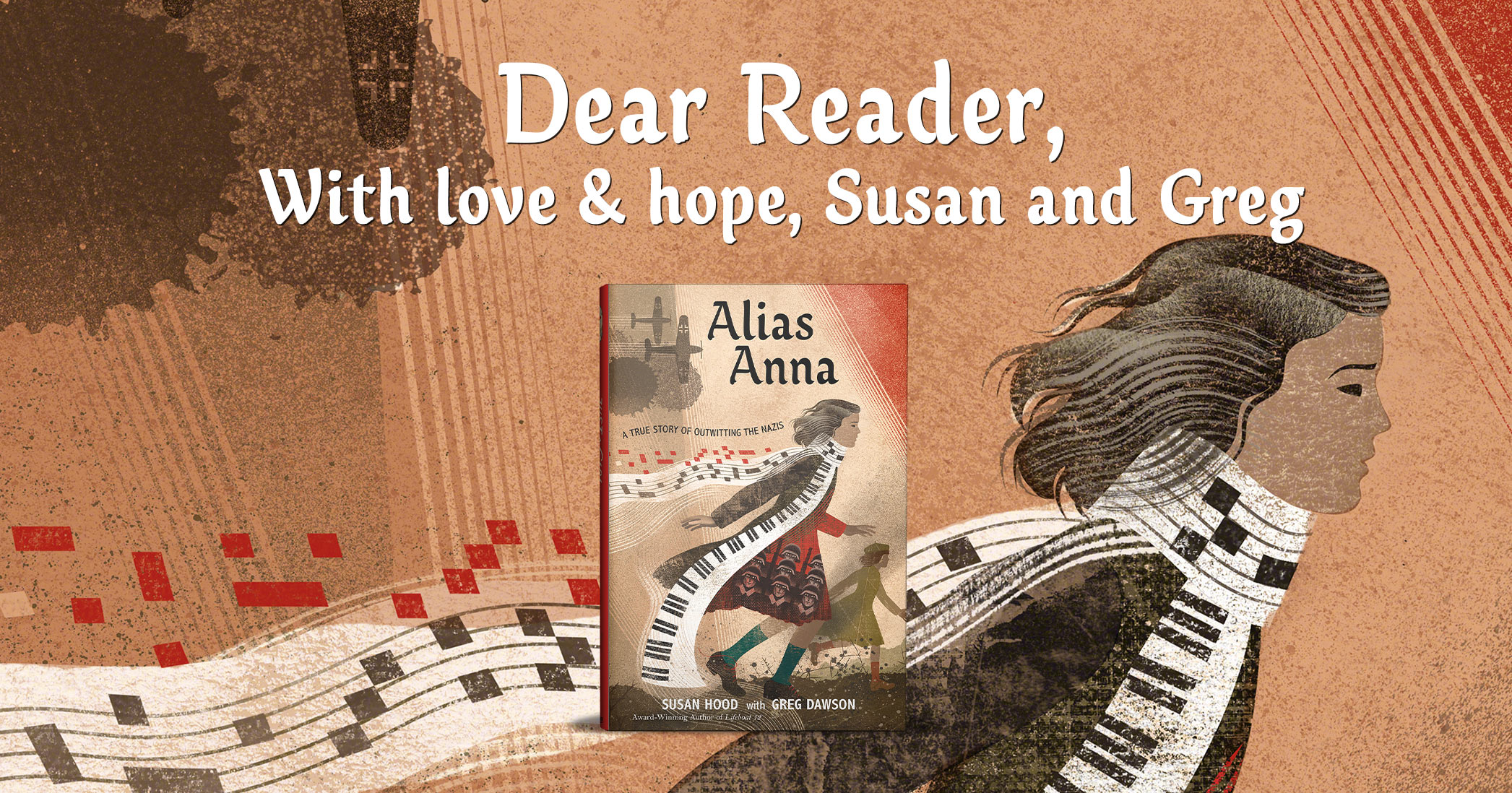 We are thrilled to introduce you to the true story, Alias Anna. Like this letter, it was written by two authors: Susan Hood, an award-winning writer of many children’s books, and Greg Dawson, a journalist, a writer for adults . . . and the son of the heroine of this story.

Alias Anna is the true story of fourteen-year-old Zhanna Arshanskaya and her twelve-year-old sister, Frina, who are among the only known survivors of the killing fields of Drobitsky Yar in Ukraine, one of the places where the mass extermination of the Jews began. These two brave girls were piano prodigies who assumed aliases and used their talent to survive these little-known early events of the Holocaust. After years of outwitting the Nazis, the sisters ultimately made a new home in America where they both received full scholarships to the Juilliard School of Music and became acclaimed concert pianists. They tucked the story of their perilous adolescence away, never speaking of it to family or friends, until fifty years later when Zhanna’s eighth-grade granddaughter Aimée innocently asked: “What was it like when you were thirteen?” That opened the floodgates. Zhanna realized that the world needed to know her story and agreed to reveal all the details she had buried for so long. The result was Greg’s adult book about his mother’s journey, entitled Hiding in the Spotlight.

Susan read the book while doing World War II research for her book Lifeboat 12 and fell in love with Zhanna’s story. She got in touch with Greg and (over a five-hour lunch!) plans were made to team up and bring Zhanna’s story to a younger audience.

One of the first things Zhanna confided to her granddaughter Aimée was that Nazis were the ultimate bullies. She was surprised to find that death mattered little; what hurt more was being harassed, ridiculed, and laughed at for things beyond their control. “Humiliation is much worse than death,” she said. “I guess our honor is life itself.” As authors and parents, we knew these wise words would resonate with middle schoolers.

We decided to write a middle grade book, using lyrical language to echo the music—composed by Chopin, Brahms, Mozart, and Bach—that was the girls’ salvation. We combined Greg’s extensive research and primary sources from his adult book with Susan’s poetry to create a nonfiction biography in verse.

We both feel strongly that stories like Zhanna’s are critical to share with our kids. A study conducted by survivors, educators, and memorial institutions like Yad Vashem and the United States Holocaust Memorial Museum found “significant gaps in knowledge of the Holocaust” in the United States. In a survey, only 68 percent of Americans said they believe that anti-Semitism is present in America today. With the rise of neo-Nazi groups, 58 percent said they believe the Holocaust could happen again.

Alias Anna brings the story of the Shoah in Ukraine to a vast new audience, arguably the most important one of all, the next generation to inherit the world and become keepers of the flame. “Never again.”

With love and hope,

Alias Anna is available now at your local library and bookstore.

Susan Hood is the award-winning author of many books for young readers, including Ada’s Violin; Shaking Things Up; Titan and the Wild Boars: The True Cave Rescue of the Thai Soccer Team; and Lifeboat 12. She is the recipient of an E. B. White Read Aloud Picture Book Honor, the Christopher Award, the Américas Award for Children’s and Young Adult Literature, the Golden Kite Award, and the Bank Street Flora Stieglitz Straus Award, given annually for “a distinguished work of nonfiction that serves as an inspiration to young people.” 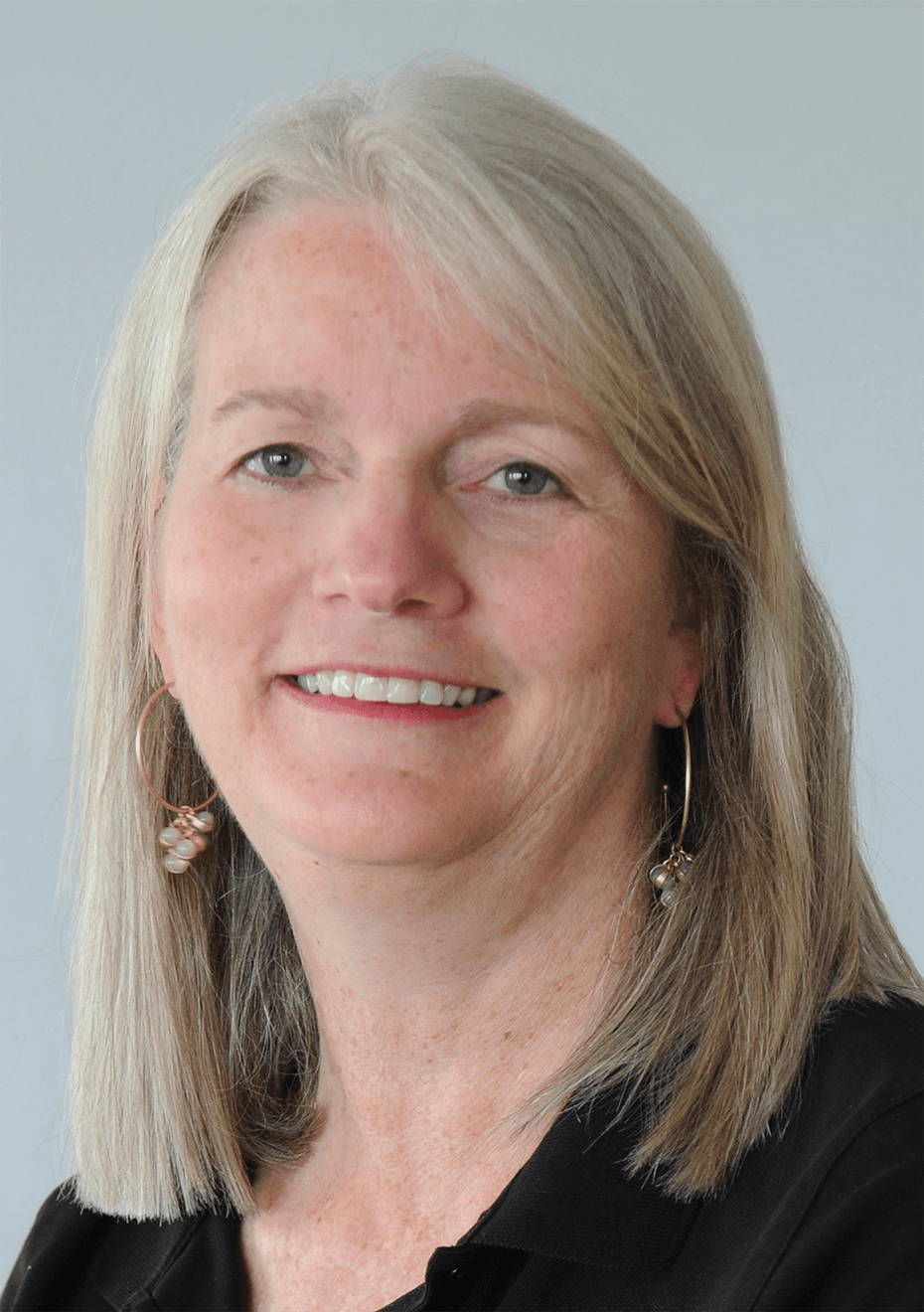 Greg Dawson has been a journalist for over 50 years, winning awards for his work as a TV critic, columnist and feature writer at magazines and newspapers including The Boston Herald, Indianapolis Star, and Orlando Sentinel. He is the author of two books on the Holocaust, Hiding in the Spotlight and Judgment Before Nuremberg, and Busted in Bloomington, a collective memoir of the ‘60s written with his wife, Candy Dawson. 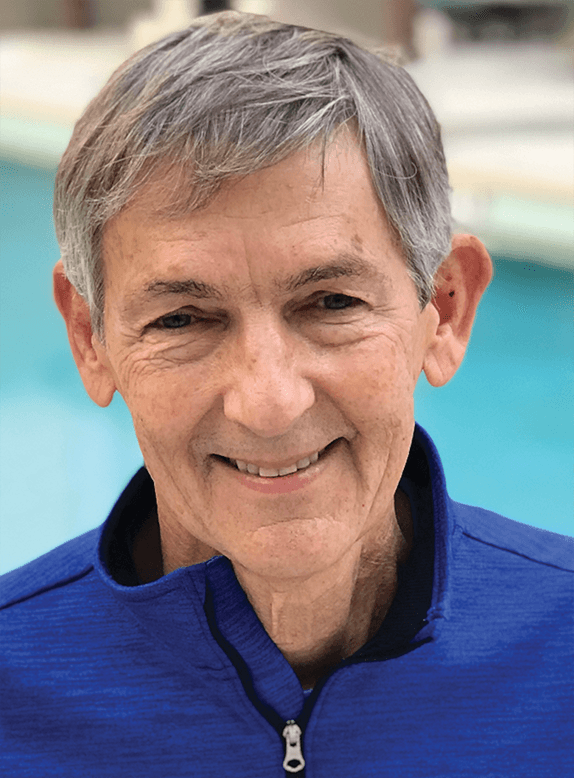