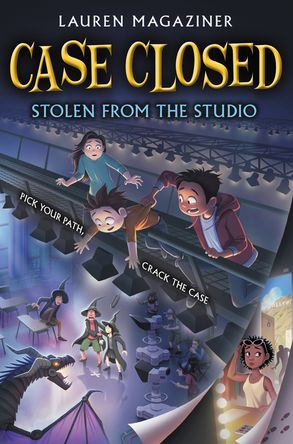 Case Closed #2: Stolen from the Studio

Help Carlos and his friends solve a new mystery in the second book in the Case Closed series!
Read an Excerpt

Lauren Magaziner’s hilarious and high-stakes middle grade series gets a touch of Hollywood glamor! Pick-your-own-path and puzzle-packed mystery collide in this star-studded sequel in which the reader must help Carlos and his friends solve the disappearance of a famous teen actress.

In this wildly entertaining and interactive adventure, YOU pick which suspects to interview, which questions to ask, and which clues to follow. You pick the path—you crack the case!

Carlos Serrano needs your help—again! His mother has received an urgent assignment to find the missing star of a wildly popular TV show, but she won’t let Carlos investigate!

With his genius friend, Eliza, and her little brother, Frank, along for the case, Carlos is excited to examine the studio for clues and interrogate suspects on the set of Teen Witch, but he has to keep his detective work hidden from his mother's laser-sharp gaze. And just like before, he can’t do it without you!

Can you help Carlos and his friends solve the puzzles and stay out of trouble long enough to save Layla Jay? Or will it be case closed? 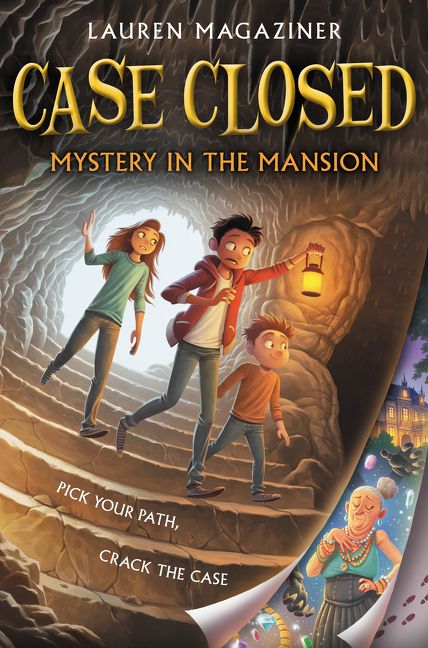