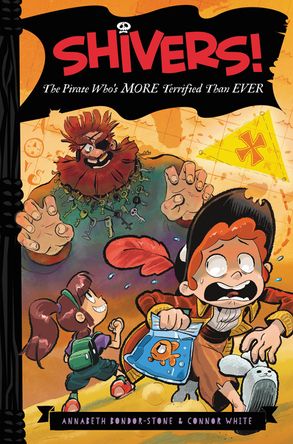 Shivers!: The Pirate Who’s More Terrified than Ever

Shivers, the pirate who’s afraid of everything, is on his latest reluctant adventure...this time to the Bermuda Triangle! What could possibly go wrong? (Here’s a hint: EVERYTHING).

Join Shivers, the pirate who’s afraid of everything, on his latest laugh-filled adventure in this illustrated series by former Story Pirates Annabeth Bondor-Stone and Connor White.

In this fourth and final book, Shivers, along with his best friend Margo and his first mate and pet fish, Albee, has to save his hometown by sailing all the way to the Bermuda Triangle.

Shivers, the pirate who’s afraid of everything, is finally comfy and cozy in his ship, the Groundhog. Nothing—NOTHING!—could make him want to leave, especially not to go on any adventures. And ESPECIALLY not for any adventures to the Bermuda Triangle, the most dangerous place on Earth.

But when Shivers learns that creepy Captain Crook is about to attack New Jersey Beach and that the key to stopping him is hidden in the Bermuda Triangle, Shivers knows SOMEONE has to get there first to stop him.

Which leaves the whole horrible fate of the world in the hands of Margo, the flippers of Albee, and the bunny slippers of Shivers. What could possibly go wrong? (Here’s a hint: EVERYTHING.)

It’s another hilarious, highly illustrated adventure from former Story Pirates and stars of KidLitTVs’ “The Truth About Libraries,” Annabeth Bondor-Stone and Connor White. 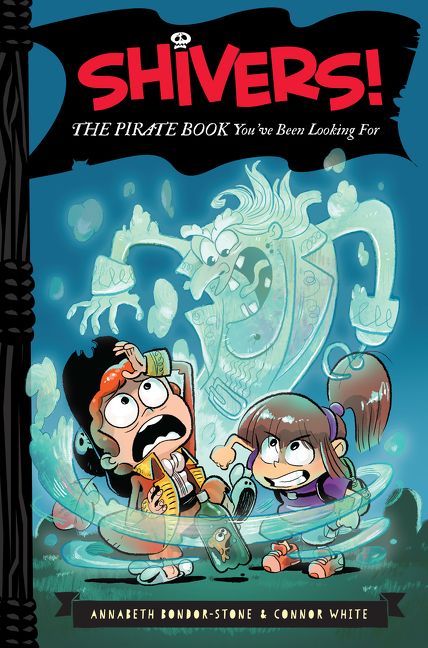 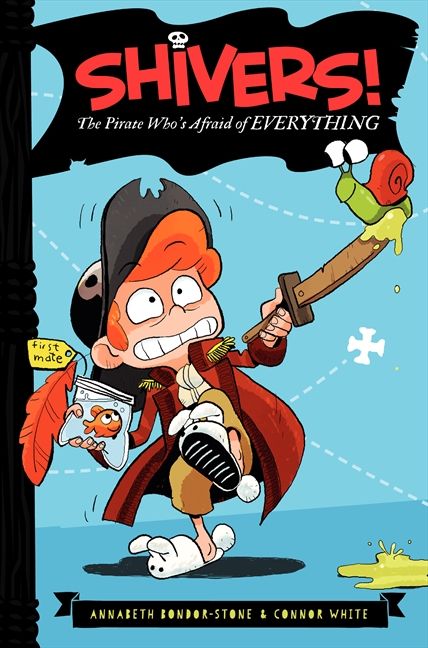