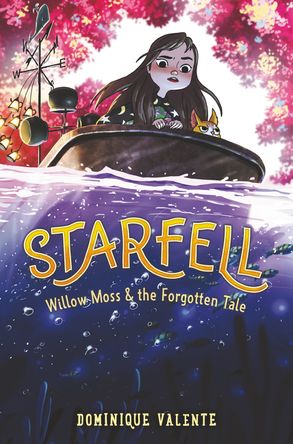 Amateur witch Willow Moss returns in her second quest to save the land of Starfell, adding a new adventure to this magical series perfect for fans of Terry Pratchett.

Amateur witch Willow Moss returns in her second quest to save the world of Starfell, adding a new adventure to this magical middle grade series perfect for fans of Terry Pratchett.

Willow Moss once considered herself rather unimpressive. But after saving the world of Starfell from certain ruin, she’s feeling a tiny bit proud.

The only problem? Since she restored the lost day, no one actually remembers that the disaster ever happened.

So when her dear friend Nolin Sometimes sends her a desperate plea for help, Willow seizes the chance to prove herself once more.

With the help of her old crew, Willow sets out on an adventure that takes her face to face with the mysterious Queen of the Undead—and if she fails, Willow, the finder of lost things, may lose her friends and her magic forever.