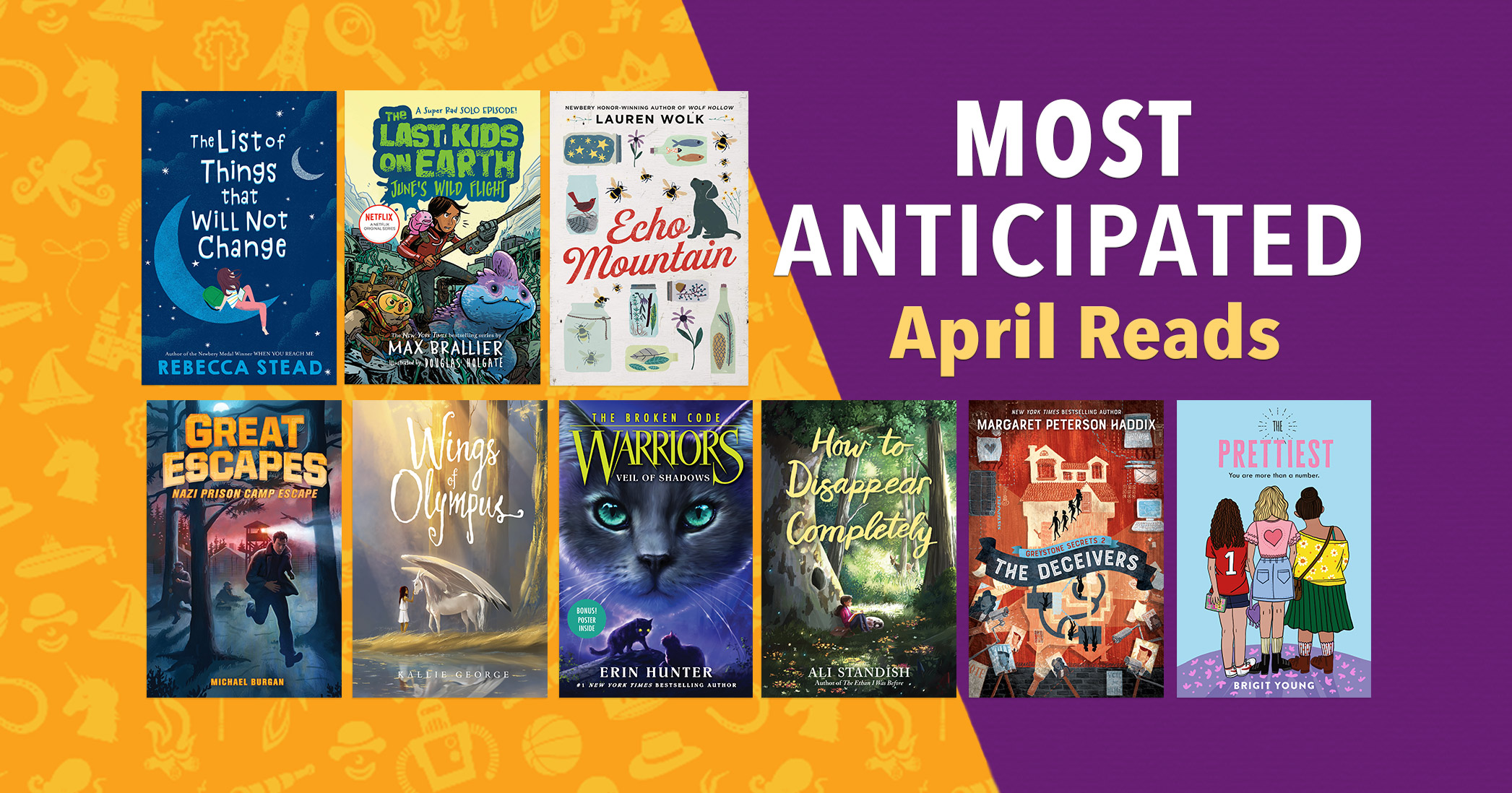 Spring is upon us and while we’re all itching to stretch our legs, one of the good things about social distancing is that it provides more time for reading. Whether your kids love adventures or mysteries or anything in between, there are some great new books coming out in April for readers 8-12 that will help occupy their time. So sit back, relax, and happy reading! 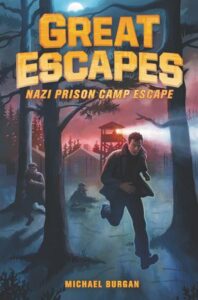 For kids who love the I Survived series!

In spring 1942, Royal Air Force pilot Bill Ash’s plane was shot down by Germans, who captured and eventually brought him to Stalag Luft III, a notorious camp for prisoners of war. The Germans boasted that the camp—which was isolated, heavily guarded, and surrounded by wire fences—was escape proof.

But Ash was ready to prove them wrong. He, along with other POWs, would dig tunnels, hide in shower drains, or jump on trucks—all in the name of freedom. Because resisting the Germans was their mission, and escaping was their duty. 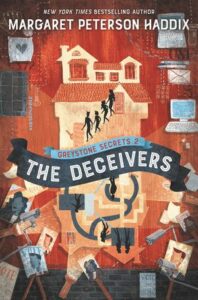 Until their mother vanished, the Greystone kids—Chess, Emma, and Finn—knew nothing about the other world. Everything is different there. It’s a mirror image, except things are wrong. Evil. Their mother tried to fix it, but she and an ally got trapped there along with Ms. Morales, their friend Natalie’s mom.

To do so, they have to go back: into the other world, where even telling the truth can be illegal.

But in such a terrifying place, Chess doubts he can ever be brave enough. Despite all her brains, Emma can’t seem to break the code. With everything spiraling out of control, Finn has to pretend he’s okay. And for Natalie, the lies of the other world include some she wishes were actually true. What if she’s gotten so used to lying she no longer knows what to believe?

3. The List of Things That Will Not Change by Rebecca Stead 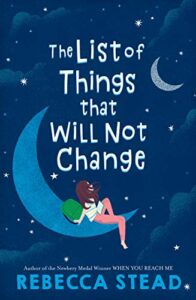 After her parents’ divorce, Bea’s life became different in many ways. But she can always look back at the list she keeps in her green notebook to remember the things that will stay the same. The first and most important: Mom and Dad will always love Bea, and each other.

When Dad tells Bea that he and his boyfriend, Jesse, are getting married, Bea is thrilled. Bea loves Jesse, and when he and Dad get married, she’ll finally (finally!) have what she’s always wanted–a sister. Even though she’s never met Jesse’s daughter, Sonia, Bea is sure that they’ll be “just like sisters anywhere.”

As the wedding day approaches, Bea will learn that making a new family brings questions, surprises, and joy.

4. How to Disappear Completely by Ali Standish 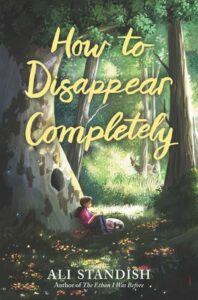 While her grandmother was alive, Emma’s world was filled with enchantment. But now Gram is gone, and suddenly strange spots are appearing on Emma’s skin. Soon, she’s diagnosed with vitiligo—a condition that makes patches of her skin lose their color—and the magic in her world is suddenly replaced with school bullies and doctor appointments.

But when Emma writes one last story in the journal she shared with Gram, something strange happens. Someone writes back to her, just like Gram used to. Who’s writing to Emma? And just what is her story going to be, now that everything is so different?

5. Warriors: The Broken Code #3: Veil of Shadows by Erin Hunter 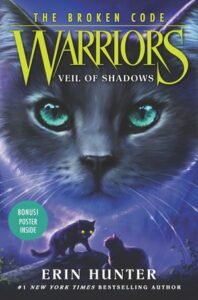 After losing one of his nine lives, ThunderClan’s leader, Bramblestar, became intent on rooting out and exiling cats he claims are traitors to the warrior code. But some cats know the truth:  this isn’t the real Bramblestar, and their leader’s true spirit is desperate to return to its rightful place before the rising tension among the five Clans erupts into outright war.

6. Wings of Olympus: The Colt of the Clouds by Kallie George 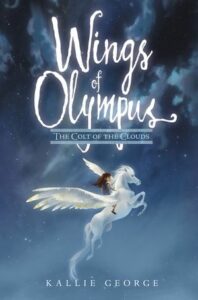 Ever since Pippa lost the winged horse race of the ancient gods and was banned from the slopes of Mount Olympus, she and her beloved horse, Zephyr, have tried to adjust to living a normal life on the ground. But when Pippa rescues a lost winged colt, she knows she must return him to the land of the gods and goddesses—even though she was warned never to return.

Up on Mount Olympus, however, disaster awaits. The gods and goddesses are at war, and someone has kidnapped all of the horses. If Pippa doesn’t find a way to restore peace, the battle will destroy the human world and the winged horses could be lost—forever.

With the help of her new friend Hero, the not-so-heroic descendant of Hercules, and her stubborn colt, Tazo, Pippa takes on a task few mortals would dare: to rescue the horses and end the war. 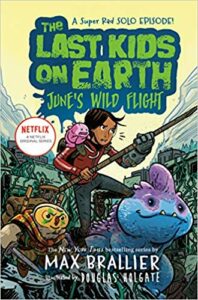 The Midnight Blade ended with a shocking twist: a long-missing villain has returned and now has an army of the dead at his command! Jack, June, Quint, and Dirk have battled the worst kind of monsters, zombies, and cosmic servants, but an endless horde of animated skeletons is next-level.

While the kids plan their next move, an unexpected threat emerges and June gets separated from her friends, dragged miles away from Wakefield to a town overgrown with monstrous vines and never-before-seen creatures. Drawing on her post-apocalyptic survival and action skills–and with the help of some odd new companions–June attempts to make her way back home. But not before she uncovers critical information about the mysterious “Tower.” Information that the future of our world may hinge upon . . . 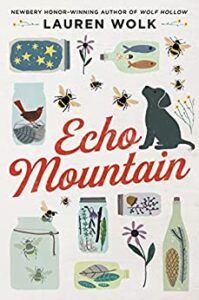 After the financial crash, Ellie and her family have lost nearly everything–including their home in town. They have started over, carving out a new life in the unforgiving terrain of Echo Mountain. Though her sister Esther, especially, resents everything about the mountain, Ellie has found more freedom, a new strength, and a love of the natural world that now surrounds them. But there is little joy, even for Ellie, as they all struggle with the sorrow and aftermath of an accident that left her father in a coma. An accident for which Ellie has accepted the unearned weight of blame.

Urgent for a cure to bring her father back, Ellie is determined to try anything. Following her heart, and the lead of a scruffy mutt, Ellie will make her way to the top of the mountain, in search of the healing secrets of a woman known only as “the hag.” But the mountain still has many untold stories left to reveal to Ellie, as she finds her way forward among a complex constellation of strong women spanning generations.

9. The Prettiest by Brigit Young 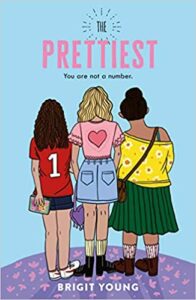 THE PRETTIEST: It’s the last thing Eve Hoffmann expected to be, the only thing Sophie Kane wants to be, and something Nessa Flores-Brady knows she’ll never be . . . until a list appears online, ranking the top fifty prettiest girls in the eighth grade.

Eve is disgusted by the way her body is suddenly being objectified by everyone around her.
Sophie is sick of the bullying she’s endured after being relegated to number two.
And Nessa is tired of everyone else trying to tell her who she is.

It’s time for a takedown. As the three girls band together, they begin to stand up not just for themselves, but for one another, too. 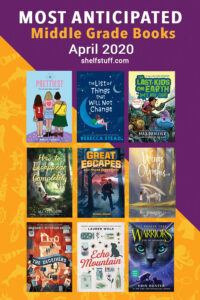