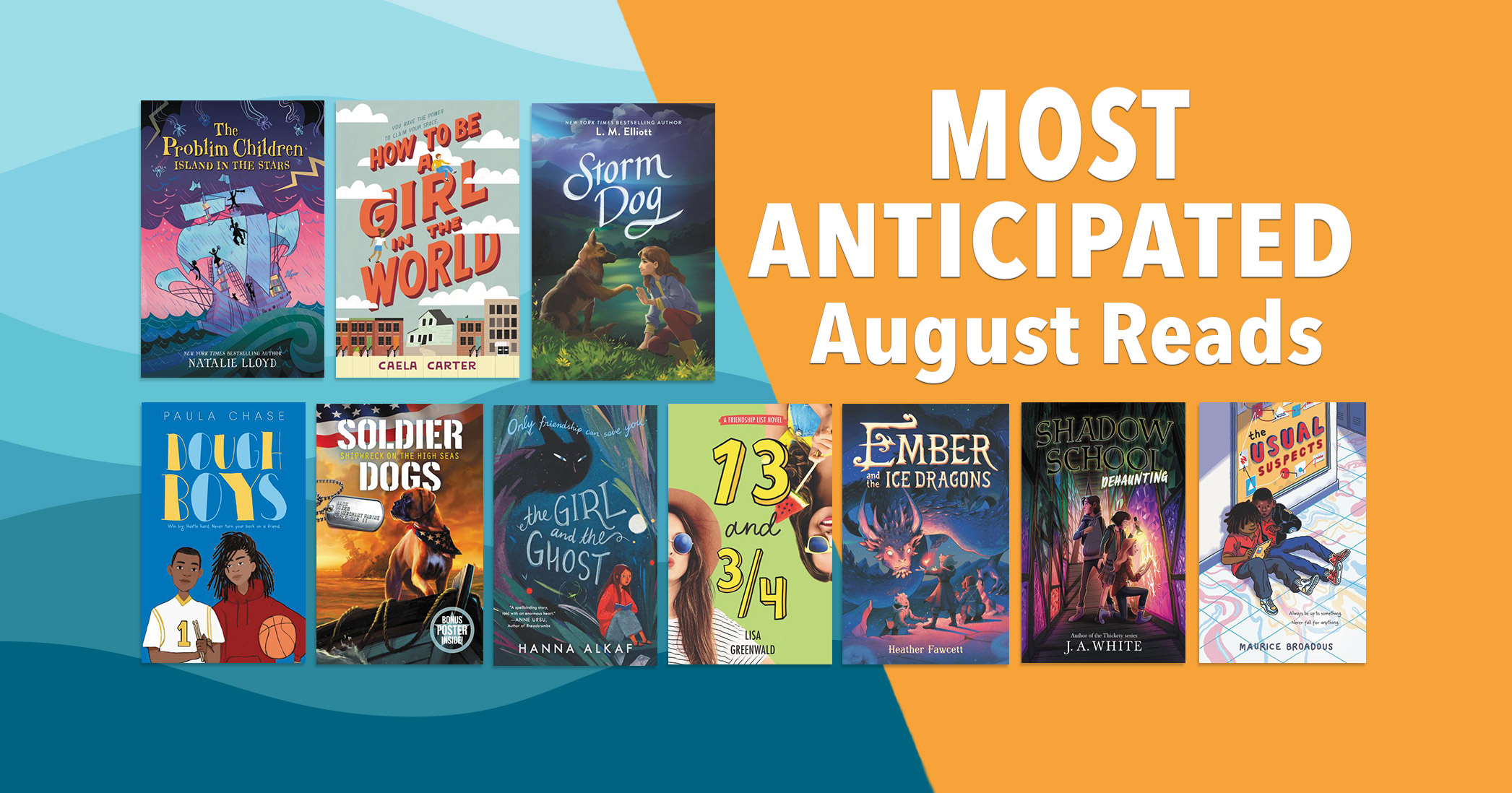 Summer is drawing to a close, and we can’t believe how quickly time is flying by. Soon kids will be back in school, and before we know it the leaves on the trees will start changing colors and fall will be upon us. But for now, we’re enjoying the end of summer and stocking up on new reads to enjoy by the pool, or while laying out on a blanket under the sun. Speaking of which, here are 11 new books coming out in August for readers 8+! 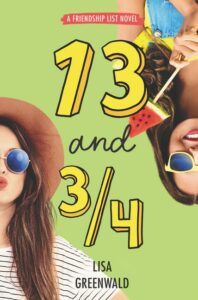 Ari and Kaylan aren’t sure how they’re going to survive their first summer apart. No pool. No sleepovers. No emergency late night chats on the porch.

So as Ari returns to Camp Silver and Kaylan heads off to comedy camp, they come up with a new list of 13 and 3/4 ways to keep their friendship strong as they tackle everything from bias to batik and moping to matchmaking.

2. The Girl and the Ghost by Hanna Alkaf 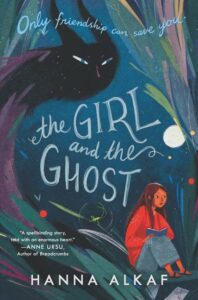 I am a dark spirit, the ghost announced grandly. I am your inheritance, your grandmother’s legacy. I am yours to command.

Suraya is delighted when her witch grandmother gifts her a pelesit. She names her ghostly companion Pink, and the two quickly become inseparable.

But Suraya doesn’t know that pelesits have a dark side—and when Pink’s shadows threaten to consume them both, they must find enough light to survive . . . before they are both lost to the darkness.

3. How to be a Girl in the World by Caela Carter 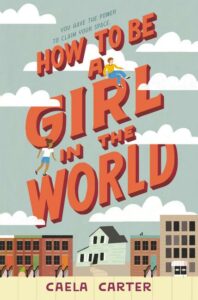 Lydia hasn’t felt comfortable in her own skin since the boys at her school started commenting on the way she looks in her uniform. Her cousin and friends think she should be flattered, but the boys—and sometimes her mom’s boyfriend, Jeremy—make Lydia uncomfortable and confused. Even more confusing is when Jeremy hovers too close and hugs a little too long.

Then her mom surprises her by buying a dilapidated house in their neighborhood. Lydia hopes to find a little bit of magic in their new home. But just like the adults in her life, and God, and her friends, the magic Lydia deeply believes in eventually loses its power to keep her safe.

And as seventh grade begins, Lydia wonders: Is there a secret to figuring out how to be a girl in the world? 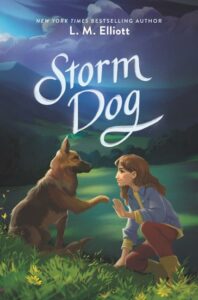 Whip-smart Ariel doesn’t fit in. Only in the winds of the Blue Ridge Mountains and spring storms that mirror the unhappiness she feels at home.

Her brother understands her, but he’s in Afghanistan. Her father hasn’t been the same since George deployed. Her mother focuses on Ariel’s gorgeous sister. When Gloria is selected to be an Apple Blossom Parade princess, Ariel feels even more the outsider and takes to the hills.

There, during a raging storm, Ariel finds a lost dog who leads her to the safety of a cabin and Sergeant Josie, a former Army K-9 handler. Together—with music, dog-dancing, and a storm-child-crazy plan—the three outcasts find themselves. 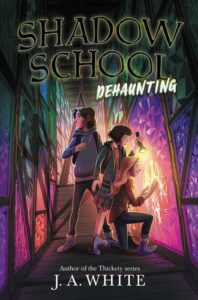 But her second year is already different. Ghosts are refusing to move on, the teachers are acting weird, and Cordelia’s best friends, Benji and Agnes, aren’t as interested in rescuing the ghosts as they used to be. Benji is busy hanging out with the girl he befriended over the summer, while Agnes spends all her time building a machine that might be capable of dehaunting the school forever.

Cordelia is the only one who believes that something sinister is happening right under their noses.  But what if it’s even worse than she could imagine

6. Soldier Dogs #7: Shipwreck on the High Seas by Marcus Sutter 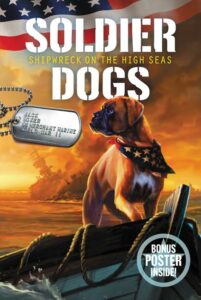 A year after Pearl Harbor, cabin boy Julio and his loyal Boxer, Jack, join the US Merchant Marines on a dangerous mission to bring supplies to troops on the Pacific front.

But when their convoy is attacked by German U-boats, their ship sinks, leaving Julio and Jack in a lifeboat fighting storms, sharks, starvation, and sickness. Can Julio and Jack help save the crew—and stay alive—as they search for land in the vast South Atlantic Ocean?

7. The Problim Children: Island in the Stars by Natalie Lloyd 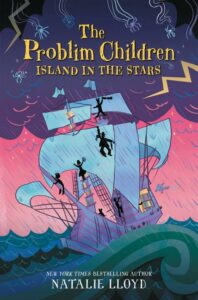 Problim Children to the rescue! Sal and his siblings follow a trail of Toot’s toots as they sail through the barrier islands to rescue their baby brother from the evil Cheesebreath. He’s been holding Toot and Mama Problim hostage in the hopes that the Problims will lead him to their granddaddy’s treacherous treasure. But not all treasure is gold, and this one was buried long-ago for good reason.

Can the Problims find Mama, rescue their brother, and destroy the treasure before Cheesebreath and their nasty neighbor Desdemona capture them all?

8. Case Closed #3: Haunting at the Hotel by Lauren Magaziner 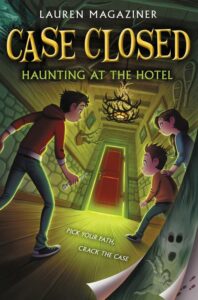 Carlos Serrano is now officially an apprentice detective at Las Pistas Detective Agency. He finally earned his mom’s trust, but his next case will be his most difficult one yet. Guests at a creepy mountain hotel are complaining of weird disturbances, threatening messages, and hair-raising howls!

Carlos, along with his best friend, Eliza, and her wacky little brother, Frank, arrive on the scene to investigate a . . . ghost? What secrets is this haunted hotel hiding? With tricky puzzles, ghoulish secrets, ectoplasmic enemies, and dozens of impossible choices, these junior detectives need your sleuthing skills!

9. Ember and the Ice Dragons by Heather Fawcett 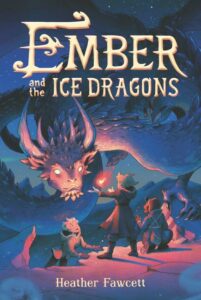 Ember St. George is a dragon. At least she was before her adoptive father—a powerful but accident-prone Magician—turned her into a human girl to save her life.

Unfortunately, Ember’s growing tendency to burst into flames at certain temperatures—not to mention her invisible wings—is making it too dangerous for her to stay in London. The solution: ship Ember off to her aunt’s research station in frigid Antarctica.

Though eccentric Aunt Myra takes getting used to, Ember quickly feels at home in a land of ice storms, mischievous penguins, and twenty-four-hour nights. She even finds herself making friends with a girl genius called Nisha and a mysterious orphan named Moss.

Then she discovers that Antarctica is home to the Winterglass Hunt, a yearly tradition in which rare ice dragons are hunted for their jeweled scales. Furious, Ember decides to join the hunt to sabotage it from the inside. 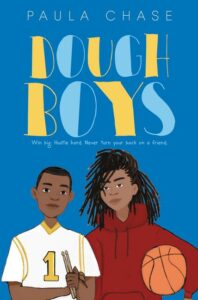 Long term, this means the NBA. Short term, it means being a dough boy—getting paid to play lookout and eventually moving up the rungs of the neighborhood drug operation with Rollie as his partner.

Roland “Rollie” Matthews used to love playing basketball. He loved the rhythm of the game, how he came up with his best drumbeats after running up and down the court. But playing with the elite team comes with extra, illegal responsibilities, and Rollie isn’t sure he’s down for that life. The new talented-and-gifted program, where Rollie has a chance to audition for a real-life go-go band, seems like the perfect excuse to stop being a dough boy. But how can he abandon his best friend?

11. The Usual Suspects by Maurice Broaddus 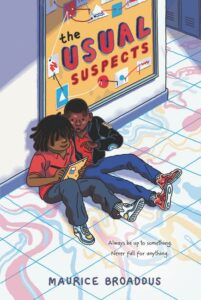 Thelonius Mitchell is tired of being labeled. He’s in special ed, separated from the “normal” kids at school who don’t have any “issues.” That’s enough to make all the teachers and students look at him and his friends with a constant side-eye. (Although his disruptive antics and pranks have given him a rep too.)

When a gun is found at a neighborhood hangout, Thelonius and his pals become instant suspects. Thelonius may be guilty of pulling crazy stunts at school, but a criminal? T isn’t about to let that label stick.