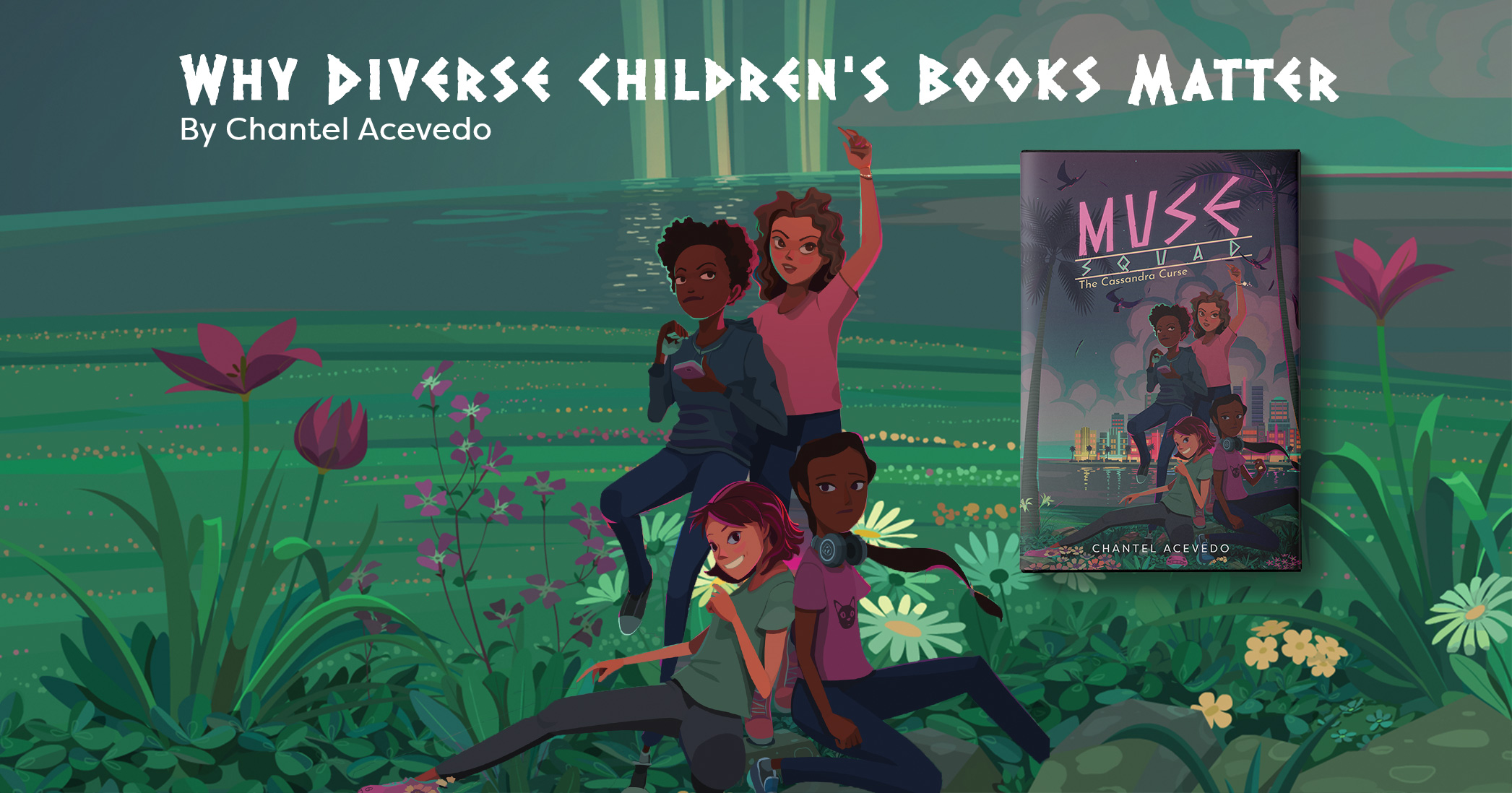 By Chantel Acevedo author of Muse Squad: The Cassandra Curse

The principal at my daughter’s old elementary school always announced the names of the children who were celebrating birthdays each day. She would joyfully shout their names out via the PA system and the classrooms would erupt in cheers.

My daughter was turning eight that year. Her birthday had fallen on a weekday, and she couldn’t wait for the morning announcements. Except, when it happened, the principal pronounced her last name as “Avocado,” not “Acevedo,” and her classmates had laughed.

That same year, I had been delighted to see Carmen Agra Deedy’s Martina, the Beautiful Cockroach, in my daughter’s reading textbook. Agra Deedy is a Cuban-American writer, and the story of the cucarachita bella was a Cuban folk tale I’d heard growing up. But my daughter’s teacher skipped the story. It was the only story she skipped in the textbook that year. When pressed, she said that the Spanish words in the story were “too difficult.”

When you give a child a book, you are telling them that the story they are holding in their hands is worthy of their attention. When that child doesn’t see themselves in books, they may start to wonder whether they are worthy of attention. There are real consequences to the effects of cultural erasure. When my daughter turned eight, she stopped speaking Spanish. Perhaps she thought it was “too difficult.” After all, her teacher had said just that.

Luckily, I had already been loading my daughter’s bookcase with stories of girls whose families looked like hers. We read Meg Medina’s Mango, Abuela, and Me, and Cristina Garcia’s The Dog Who Loved the Moon. And we read books about families who didn’t look like ours, too. Spike and Tonya Lee’s Please, Baby, Please was a perennial favorite in our house.

Why did I do this? Well, I wanted my little girl to know that the world was bigger than her neighborhood, or her school, and that stories about her culture belonged in libraries, bookstores, and classrooms. I wanted her to know that she could be the hero of the story, too, and that the muses inspired everyone to tell their tale.

When a child’s identity is validated in the books they read, whether it is an affirmation of their race, ethnicity, gender identity, sexuality, physical and mental abilities, or even family dynamics, that child will be more engaged with the material. Educational research confirms this.

In the case of children from a majority culture, when presented with an identity different from their own, their imaginations expand to make room for more than one story, more than one kind of hero. By offering diverse books to our children, we are helping them to cultivate empathy and large-heartedness.

As my daughter grew older, she read Esperanza Rising by Pam Muñoz, and Pashmina by Nidhi Chanani, and The Hate U Give by Angie Thomas. Her bookcase is diverse, as are her reading tastes. She’ll be entering high school this year, and she, like all of us, is on a life-long journey of learning about herself and others. My hope is that books can help light the way.

One last story—we eventually moved from that small town to Miami, Florida, where I grew up. Most of the children in her new school were Black and/or Latinx. On the first day of fifth grade after our move, I picked my daughter up after school. I was nervous, because this was a big city now, her school in a bustling part of town, with more kids than she was used to. She was all smiles, however, as she walked to my car.

“Guess what?” she said. “Everybody here knows how to pronounce my last name!”

Such a small thing, and yet what a gift it is to be seen and understood. 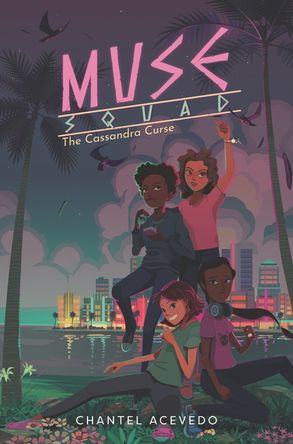