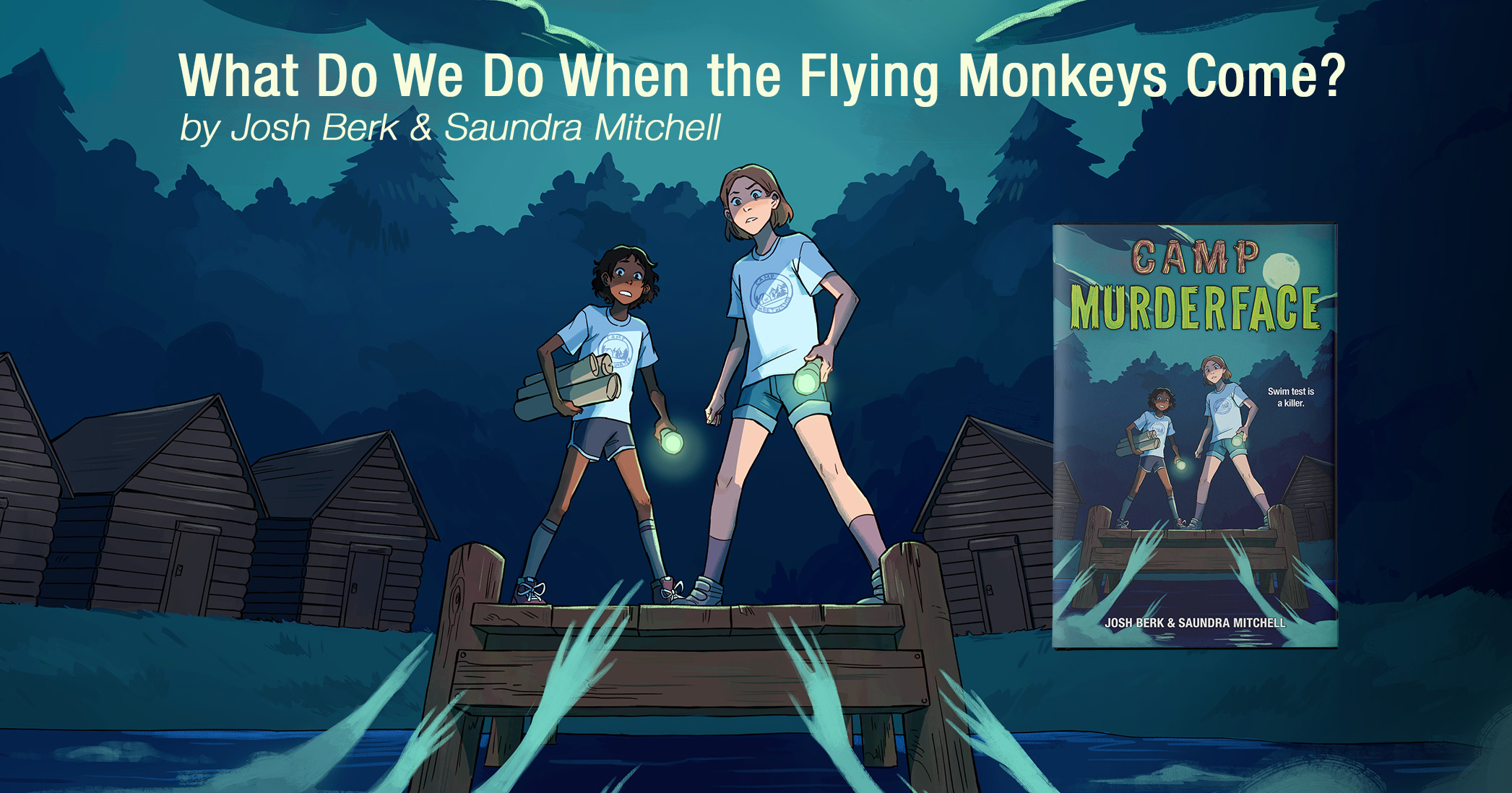 Why Kids Should Read Scary Stories

What Do We Do When the Flying Monkeys Come?

Statistics tell us that the world is safer for our children than it ever has been in the past, but the media tells us that everything is more dangerous. It’s hard to err on the side of good news when the bad is so bad.

That’s why we work harder to protect our children than ever before. Helmets for bike riding, helmets, elbow pads and knee pads for skateboarding, water wings for swimming, child safety seats and boosters well into their tweens—we’re doing everything we can to keep our kids safe and sound.

But perhaps there’s something we should stop doing: protecting them from scary stories.

Over time, the scariness has slipped out of childhood. We rarely tell fairy tales anymore unless they’ve been touched by Disney; we have children’s music now instead of cautionary lullabies. The Wicked Witch’s flying monkeys don’t take wing anymore: we hide away media that might be frightening for our kids. After all, don’t they deserve to be kids as long as possible?

Absolutely, but we think that being scared is part of being a kid. Our kids are experiencing the world for the first time. They’re constantly surrounded by unfamiliar, frightening and alien situations. The rumble of a garbage truck might be terrifying for someone who’s never heard it before. My younger brother spent a good two years of his childhood afraid of the moon.

If that’s the case—that our kids are already scared—why do we think they should experience more of it?

First:  when fear is contained, anticipated, and controlled, we take away its bite. It becomes entertainment. It’s why we ride roller coasters and waterslides. It’s why we set gunpowder on fire, and then run away to watch it explode in glorious shapes and colors on the Fourth of July. When there’s just enough danger (and just enough safety,) the adrenaline rush feels good! We start to associate that heart-pounding, breathless sensation with good things! Surmountable things!

Second—and more importantly—we think kids need to be scared in a controlled environment so they can rehearse being the hero of their own story.

A frightening book or movie provokes fight, flight or freeze, but they can also be stopped in an instant. It gives kids a chance to say, “This is too much for me.” Or, a chance to say, “I love this, bring it on!” This little bit of control builds confidence. It creates kids who can advocate for themselves in times of stress.

It also gives kids a chance to prepare. When people talk about helicopter and even lawnmower parents, they’re really talking about kids who never had the chance to learn to act or react when something unexpected happens. Their fear of the unknown can paralyze them; the expectation that a parent will always step in can stunt them.

When my eldest daughter was in sixth grade, I was ten minutes late to pick her up from school. She didn’t have a cell phone yet, but I thought the worst thing that would happen is that she would be annoyed with me when I finally arrived.

Instead, I found her in tears, trudging toward the main road away from school—determined to walk home on a route with no sidewalks! In her moment of fear, she didn’t stop to think that she could go back inside the school where it was warm, and wait. Or that she could go into the office to ask for help. She felt abandoned, and had no idea there were safer, easier options to solve this problem.

I think my daughter could have used a few more scary stories in her childhood. She could have found inspiration and guidance in the characters who have to work past that fear to save the day. She might have realized that being afraid doesn’t mean being directed by fear. In fact, she probably would have discovered that courage and bravery aren’t innate: they’re choices we make in the face of fear.

Scary stories are a training ground. They teach kids that fear is surmountable. They give them the chance to think about terrifying what-ifs, all on their own. They give them a chance to feel victorious when they persevere—or when they advocate for themselves and tap out. All of these things are skills our kids need to become resilient tweens, teens and adults.

Interestingly enough, problem solving, perseverance and independence are exactly the skills parents have hoped summer camp would instill in their children for decades. But summer camp isn’t accessible for all families, for various reasons: finance, disability accommodation, blended family schedules, and more.

So what better way to give our kids the tools they need to face their fear fearlessly than to give it to them in a book? Let them out of your sight and into unexpected danger—in the safety of their own bedroom or back yard.

With scary stories, we create kids who might be afraid of the flying monkeys, but aren’t helpless. They have ideas, and plans, and the confidence to use them. When the flying monkey is real, when the moon is in the window, when a parent is late for a pickup, it will be okay.

Our kids will know they can handle this all on their own.