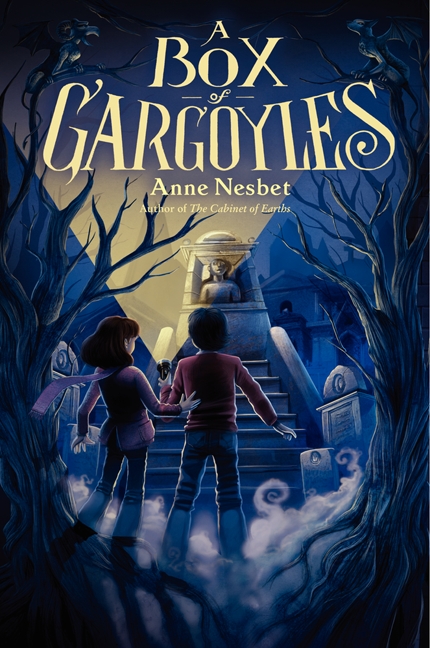 A Box of Gargoyles

A Box of Gargoyles

In this sequel to The Cabinet of Earths, twelve-year-old Maya is feeling more at home in Paris, a city filled with old magic. Her little brother, James, is safe, and the terrible man with purple eyes is gone. At least Maya believed he was until a person-sized column of dust and leaves with hints of purple where its eyes should be begins following her.

Maya suspects the strange, shadowy column is what’s left of the purple-eyed man, and that it—he—is behind the eerie changes in Paris, including the appearance of flying, talking stone gargoyles. She’s right. Worse, he has bound Maya to make him whole again, even if it kills her.