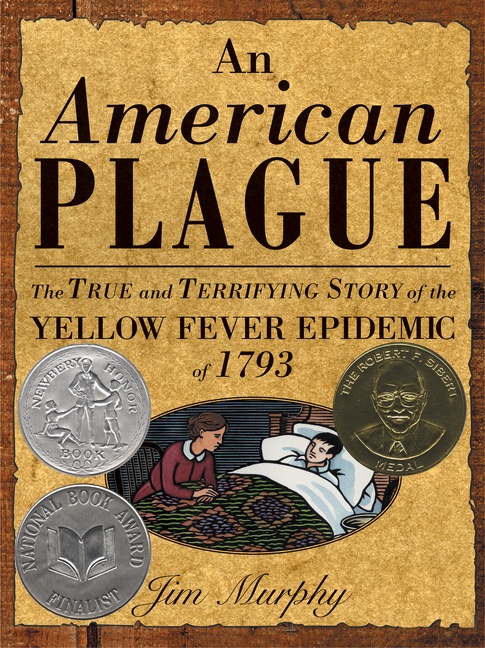 Powerful and riveting, this Newbery Honor–winning narrative describes the illness known as yellow fever, the toll it took on the nation’s capital—and the eventual triumph over the disease. National Book Award Finalist and Winner of the Sibert Medal.

Philadelphia, 1793: the capital of the United States and the largest city in North America is devastated by an apparently incurable disease, cause unknown . . . Drawing on first-hand accounts, critically acclaimed author Jim Murphy spotlights the heroic role of Philadelphia’s free Black citizens in combating yellow fever, the efforts and intrigues of doctors and politicians—among them George Washington—and the search for the fever’s causes and cure, not found for more than a century afterward. Thoroughly researched, unflinching in its discussion of medical details, and generously illustrated with archival prints and photographs, this award-winning account offers a glimpse into life in the United States in the years immediately following our nation’s birth while drawing timely parallels to modern-day epidemics. Bibliography, map, index.