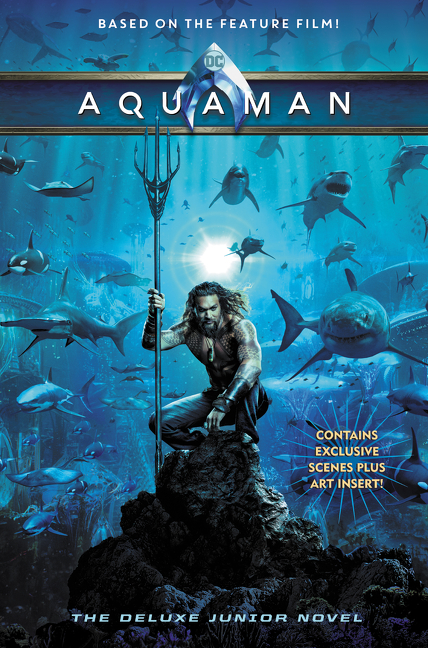 Based on the major motion picture, Aquaman: The Deluxe Junior Novel retells the action-packed story of Aquaman. This handsome paper-over-board edition contains never-before-seen scenes and an eight-page full-color insert of eye-catching art.

Known to most as simply Aquaman, Arthur Curry possesses incredible powers. He’s also the reluctant heir to a mysterious underwater kingdom. But Arthur wants nothing to do with the people of Atlantis, who took his mother from him many years ago.

Arthur’s destiny beckons when a vicious storm sends the warships of several world powers to shipwreck on the shores. This act is a warning from the King of Atlantis himself to the surface world: War is coming.

Aquaman will have to travel deep beneath the sea to protect the surface world from the looming threat. In order to save the only world he’s ever known, will Aquaman embrace his destiny to unite the seven kingdoms of Atlantis?