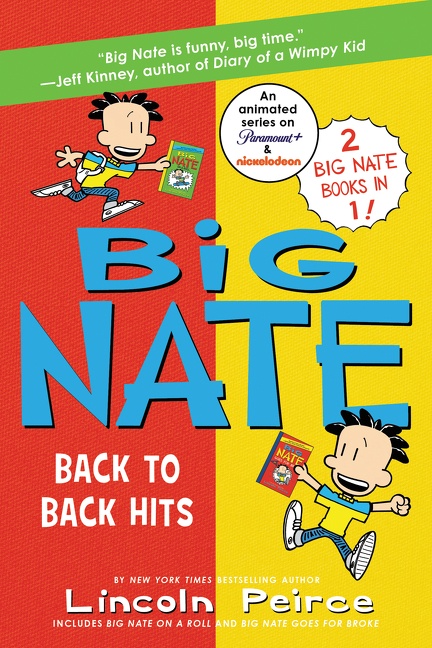 Big Nate: Back to Back Hits

Big Nate: Back to Back Hits

A new paperback bind-up of the third and fourth novels in the New York Times bestselling Big Nate series: Big Nate on a Roll and Big Nate Goes for Broke.

In Big Nate on a Roll, Nate’s a big deal in his scout troop . . . until Artur—aka Mr. Perfect—joins up. Now Nate’s stuck in second place. Can he make his way back to the top?

For fans of the hilarious Diary of a Wimpy Kid series: Get ready for more Big Nate, #1 doodler and definitely NOT the teacher’s pet.