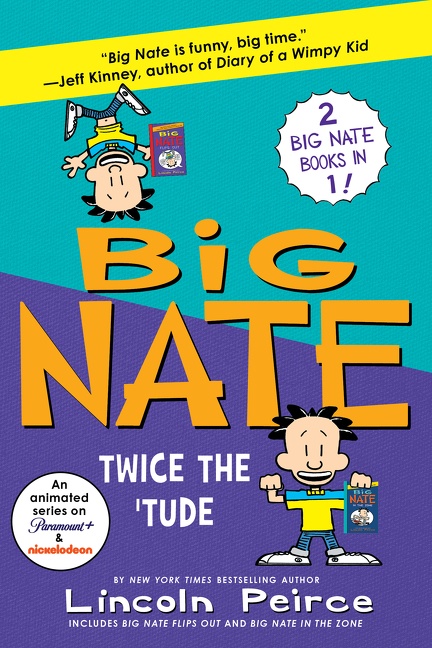 A new paperback bind-up of the fifth and sixth novels in the New York Times bestselling Big Nate series: Big Nate Flips Out and Big Nate: In the Zone.

In Big Nate Flips Out, everyone knows N-A-T-E does NOT equal N-E-A-T! And when Nate’s sloppiness gets out of hand, Francis is in serious trouble. Can Nate clean up his act, or will he flip out first?

In Big Nate: In the Zone, Nate’s luck can’t get any worse . . . until everything changes. All of a sudden, he can do no wrong! But why? And how long will it last?

For fans of the hilarious Diary of a Wimpy Kid series: Get ready for more Big Nate, infamous troublemaker and definitely NOT the teacher’s pet.