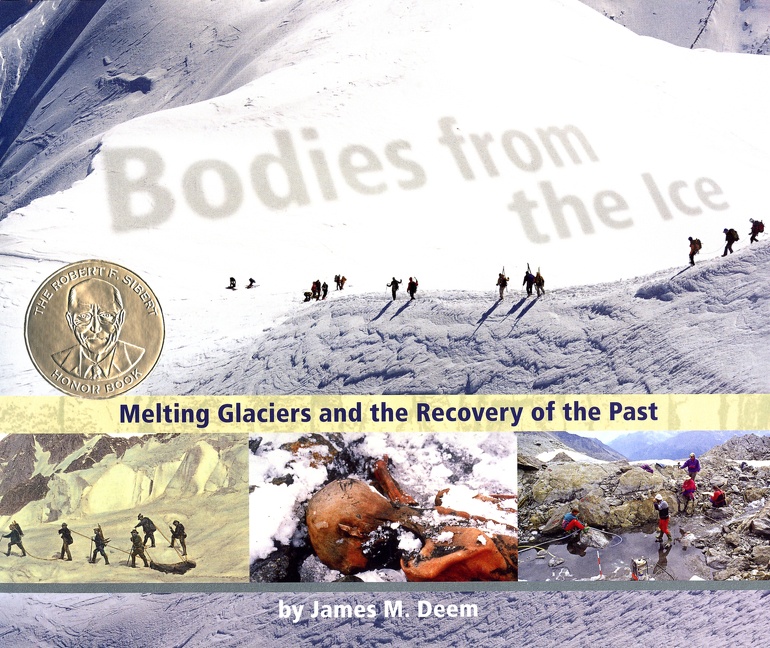 Bodies From The Ice

Bodies From The Ice

In 1991, mountain climbers on the Niederjoch Glacier on the Italian-Austrian border came across something unexpected: a body. It had been a very warm summer, and five bodies had already turned up in the area. But something here was different. The materials found with the body suggested it might be very old, perhaps from the 1800s. But radiocarbon dating proved the iceman was 5,300 years older, from the Copper Age. He was named Ötzi and he is the oldest human mummy preserved in ice ever found. In this Sibert Honor Book, James M. Deem takes us on a captivating and creepy journey to learn about glaciers, hulking masses of moving ice that are now offering up many secrets of the past.