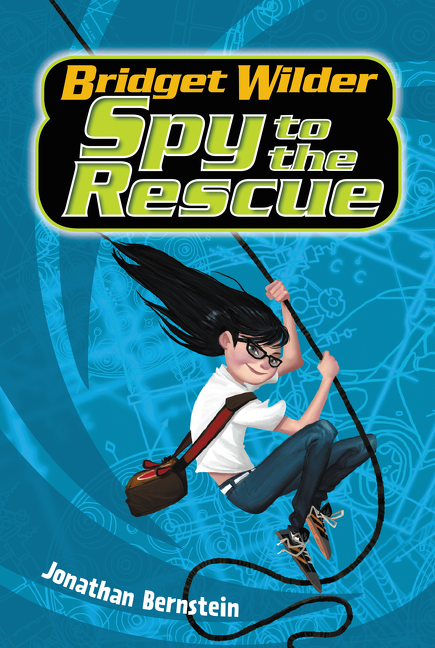 Bridget Wilder #2: Spy to the Rescue

Bridget Wilder #2: Spy to the Rescue

Middle school meets Mission: Impossible when Bridget heads to New York City to save her spy-dad from enemy agents. Packed with action and laughs, the second book in the Bridget Wilder series is now available in paperback.

Can Bridget ditch her annoying older brother, squash a budding crush, and prevent global disaster before her mom texts to check in? Or are Bridget’s days as a spy over—for good?

When the top-secret spy agency that recruited Bridget turns out to be a fake, Bridget hopes her superspy father will teach her his tricks, stealth codes, and martial-arts moves (WRONG!). Instead of drop-kicking evil villains and shooting laser beams from her lip gloss, he wants to bond over normal (aka BORING!) stuff like TV, fro-yo, and boy talk. But when Bridget gets framed for stealing cheerleading secrets and ruining the coolest party of the birthday season, her spy instincts kick in: she’s being set up. And when her spy dad goes missing, Bridget knows she’s the only one who can bring him back alive—official spy or not.

Now Bridget’s back in the spy game and on a plane headed straight to New York City with her best friend by her side and a crafty nano-marble sidekick that does everything from hacking phones to taking down the fiercest enemy agents.

It is no secret—Bridget Wilder: Spy to the Rescue is the second mission in an explosive series packed with humor, high-tech gadgets, and best of all: girl power.