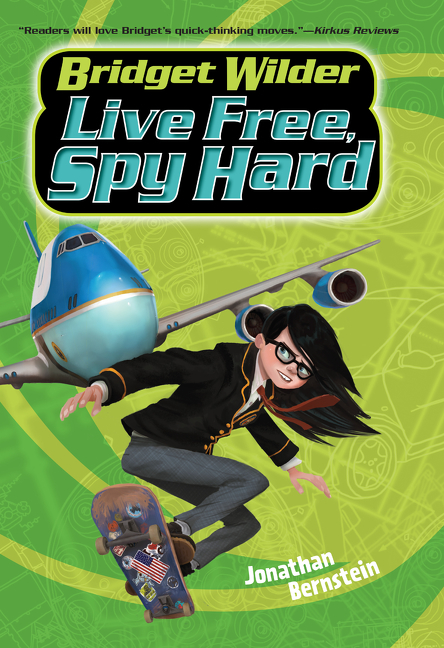 Super-spy Bridget Wilder goes from middle school to the White House on an undercover mission to rescue the president’s daughter in the conclusion to this hilarious, action-packed series.

As a CIA super-spy, Bridget Wilder protects famous boy bands, rescues cooking contest contestants, and tackles evil villains at school assemblies. So when the President’s daughter is kidnapped on the campaign trail, Bridget goes undercover to stop a malicious plot to seize control of the United States of America.

But when saving the country means sharing her secret identity—with her mom!—Bridget’s double-life is threatened. Is this super-spy about to get super-grounded or will Bridget Wilder survive to spy another day?