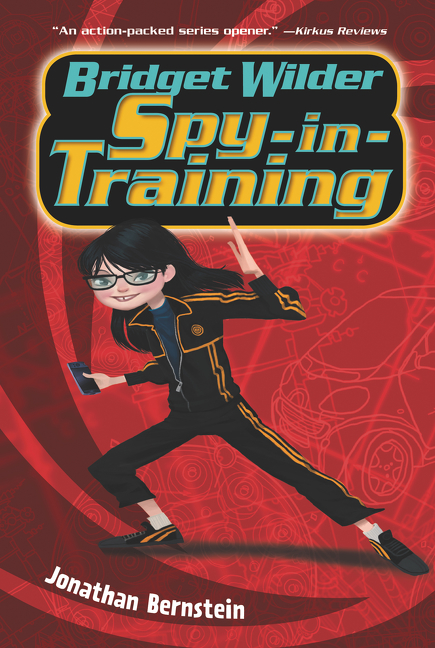 Middle school meets Mission Impossible in this hilarious spy series for fans of Chris Rylander, Stuart Gibbs, and Ally Carter about a girl whose life is turned upside down when she discovers her father is a superspy.

Up until Bridget’s birthday the most exciting moment in her life was when Dale Tookey maybe, sort of, smiled at her one time. But that was before—before she found a mysterious present at her doorstep, before she was transported to a covert CIA agency called Section 23, and before she became Bridget Wilder: Spy-in-Training. Now Bridget’s busting boys out of detention, being chauffeured by a talking car, and infiltrating the popular girls’ clique to steal secret codes, all while undercover as a semi-awkward middle school girl. But will she be able to keep up with her new action-packed life?

It is no secret—Bridget Wilder: Spy-in-Training is the start of an explosive new series packed with gadgets, humor, and best of all: girl power.