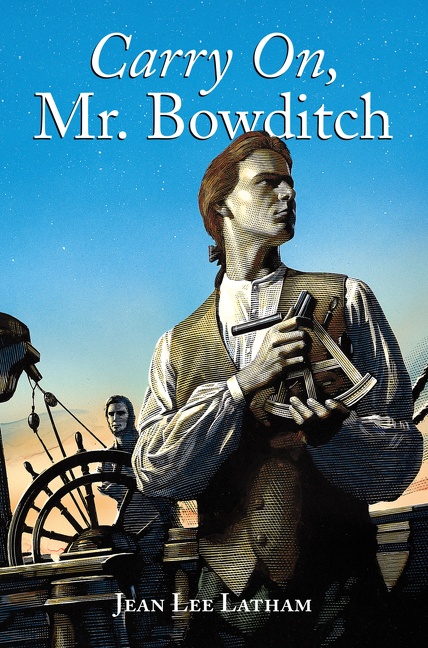 Readers today are still fascinated by “Nat,” an eighteenth-century nautical wonder and mathematical wizard. Nathaniel Bowditch grew up in a sailor’s world—Salem in the early days, when tall-masted ships from foreign ports crowded the wharves. But Nat didn’t promise to have the makings of a sailor; he was too physically small. Nat may have been slight of build, but no one guessed that he had the persistence and determination to master sea navigation in the days when men sailed only by “log, lead, and lookout.” Nat’s long hours of study and observation, collected in his famous work, The American Practical Navigator (also known as the “Sailors’ Bible”), stunned the sailing community and made him a New England hero.