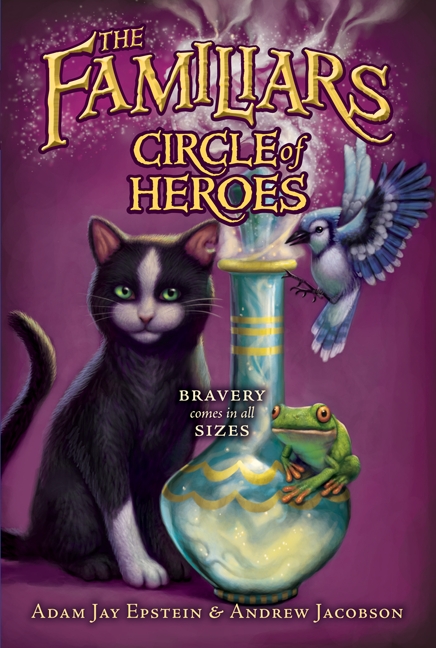 Aldwyn, a street-smart alley cat, pretended he had telekinetic powers so young wizard Jack would chose him as a familiar. Aldwyn then learned that he and two other familiars—Skylar the blue jay and Gilbert the tree frog—were destined to undertake a perilous quest to defeat Paksahara, an evil hare who’d been familiar to the queen.

In Circle of Heroes, the third book of The Familiars series for middle-grade readers, Paksahara and her undead animal army control the Shifting Fortress. Aldwyn and his friends have to recapture it to return magic to the queendom of Vastia.

Fans of The Guardians of Ga’hoole series and Erin Hunter’s Warriors books will love the mix of humor, magic, and animal adventure story in Circle of Heroes by Adam Jay Epstein and Andrew Jacobson.