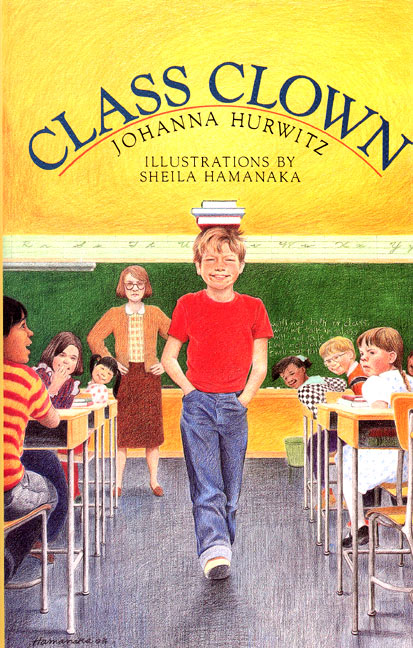 Lucas Cott is one of the smartest kids in Mrs. Hockaday's third grade -- but he is also the most rambunctious. Lucas doesn't mean to be the class clown, so he promises to try to behave, even though it doesn't sound like much fun.

With the best intentions, Lucas still manages to cause the unexpected when he accidentally lets a yardful of autumn leaves loose in his classroom, gets his head stuck in a chair during a school assembly, and even makes a daring bet with Cricket, the class brain. But when Mrs. Hockaday assigns him the part of a clown in their class circus, Lucas knows he would be better as the ringmaster. Can he convince his teacher, or will he always be just the class clown?

This is a warm and funny story about a boy who learns that there's a time and place for everything -- even humor.