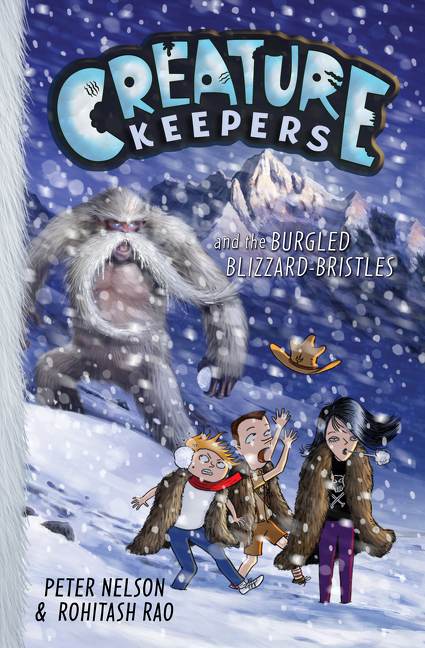 Creature Keepers and the Burgled Blizzard-Bristles

Creature Keepers and the Burgled Blizzard-Bristles

Abbie, Jordan, and Eldon travel to the snowy Himalayas to find the Yeti and save the world in the third book in the epically hilarious, fully illustrated middle grade adventure series, Creature Keepers, from the dynamic creators of Herbert's Wormhole.

Although the Creature Keepers were able to defeat Chupacabra, their nemesis still managed to get his claws on one of Bigfoot’s Soil Soles. Now he needs only one more item of mythological power to wreak havoc across the globe. Disturbances in China lead Abbie, Jordan, and Eldon to discover that Chupacabra is after the Yeti, a powerful but reclusive cryptid who hasn’t been seen since the days Jordan’s grandfather was running the Creature Keepers. Our heroes will need to find the Yeti first—and hopefully avert another catastrophe.