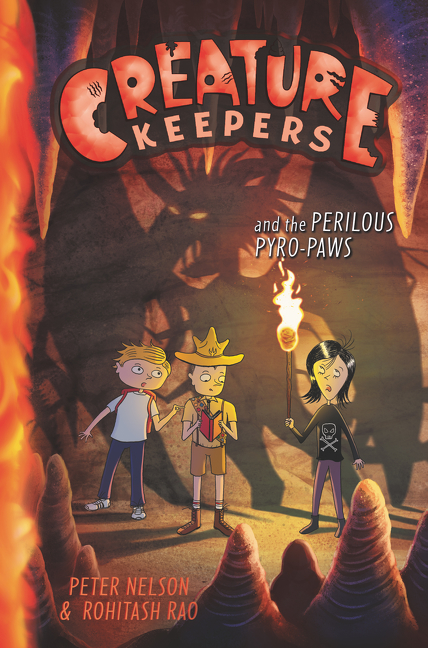 Creature Keepers and the Perilous Pyro-Paws

Creature Keepers and the Perilous Pyro-Paws

Abbie, Jordan, and Eldon band together with their cryptid friends in an attempt to save the world in the final book in this fun series.

As summer draws to an end, Jordan and Abbie Grimsley are moving with their parents from the city into their long-lost grandfather’s house in the Florida everglades. But before they settle into their new life, they’re taking a completely ordinary, creature-free cruise to the Yucatan Peninsula.

Despite the mysterious history and strange recent events that have surrounded the Grimsley family, there's no reason to suspect this relaxing vacation to the ancient site of the Chicxulub Crater (thought to be caused by a massive asteroid that wiped out the dinosaurs sixty-six million years ago) will lead to the discovery of a never-before-seen super-cryptid and a final showdown between good and evil that will decide the fate of the entire world. Or is there…?