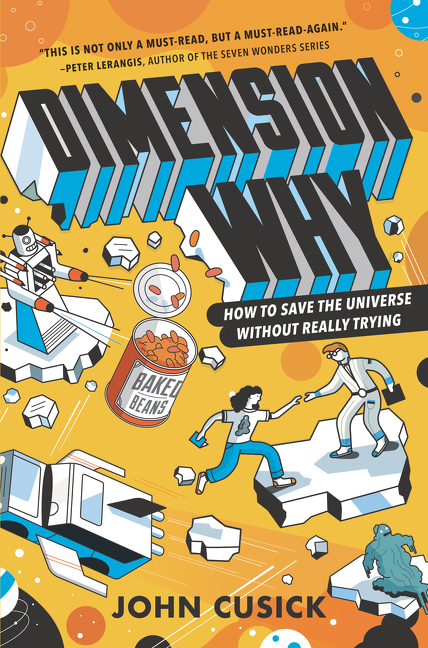 Dimension Why #1: How to Save the Universe Without Really Trying

Dimension Why #1: How to Save the Universe Without Really Trying

A 31st-century boy and a 21st-century girl team up to save the universe, evade an evil race of bog mutants, and make a quick pit stop to visit the moon in Dimension Why.

.Lola Ray was a normal 21st-century girl until a poorly timed sneeze in an X-ray machine flung her a thousand years into the future. To get back home, she’ll have to team up with Phineas T. Fogg, a 31st-century boy whose only friend up until now has been his talking teddy bear and whose overprotective parents have never let him leave his high-tech apartment.

Together, Lola and Phin will have to cross the galaxy, brave a mysterious invitation to tea, and escape a race of all-powerful interdimensional beings who are convinced that Lola knows the answer to the universe’s biggest question . . . the question of The End.