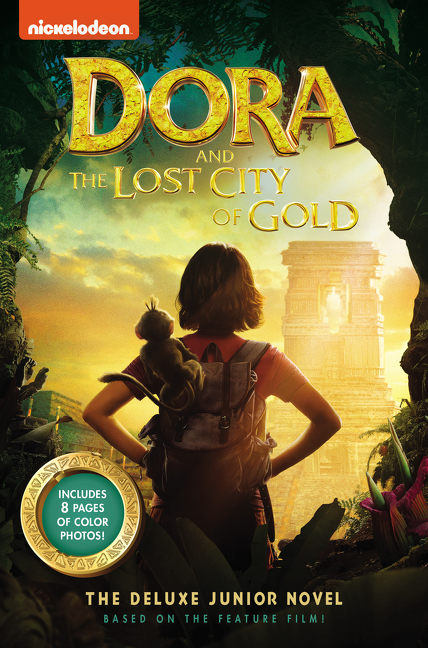 Dora and the Lost City of Gold: The Deluxe Junior Novel

Dora and the Lost City of Gold: The Deluxe Junior Novel

Dora and the Lost City of Gold: The Deluxe Junior Novel retells the entire action-packed adventure of the movie and features eight pages of color photos in a giftable hardcover package!

Having spent most of her life exploring the jungle with her parents, nothing could prepare Dora for the most dangerous adventure of all—high school.

After one potentially fatal accident too many, Dora’s parents force her to move to the city. When she arrives, Dora is reunited with her cousin Diego, who seems more concerned with his image than anything else. Despite Dora’s sunny outlook, she finds that she doesn’t really fit in at her new school and longs to return to her jungle home.

But all of that changes when Dora and her friends are captured by a group of mercenaries. The teens manage to escape, only to find out Dora’s parents have gone missing!

Always the explorer, Dora quickly finds herself leading Boots (her best friend, a non-talking monkey), Diego and a ragtag group of teens on an adventure to save her parents and solve the impossible mystery behind the lost city of gold.