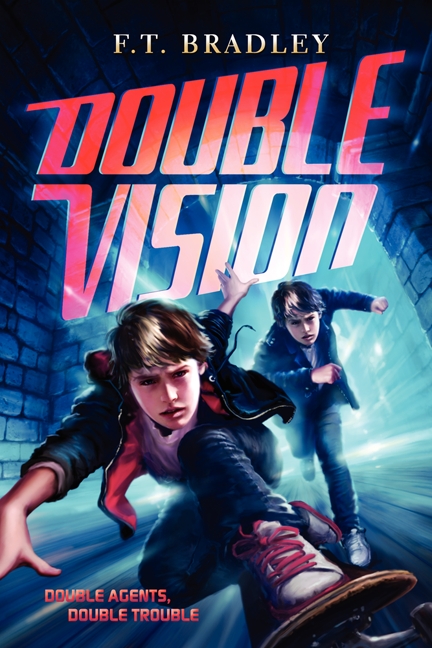 In the trilogy opener, twelve-year-old Lincoln Baker finds himself in a world of trouble! First, Linc’s seemingly harmless prank on a school field trip ends in expulsion and a lawsuit. Then two mysterious figures from a secret government agency called Pandora show up at Linc’s house with a proposition for him.

Turns out Linc looks exactly like one of Pandora’s top kid agents, Benjamin Green, who vanished while on a critical spy mission in Paris. If Linc agrees to take his place, they’ll get him back in school and make that costly lawsuit disappear.

But the mission is a lot more complicated than it seems. A highly valuable copy of the Mona Lisa has gone missing and now Linc must make sure it doesn’t fall into the wrong hands. Too bad Linc isn’t a black belt math genius who can run a four-minute mile like his double, Ben, because he’ll need those skills to make it out alive. . . .