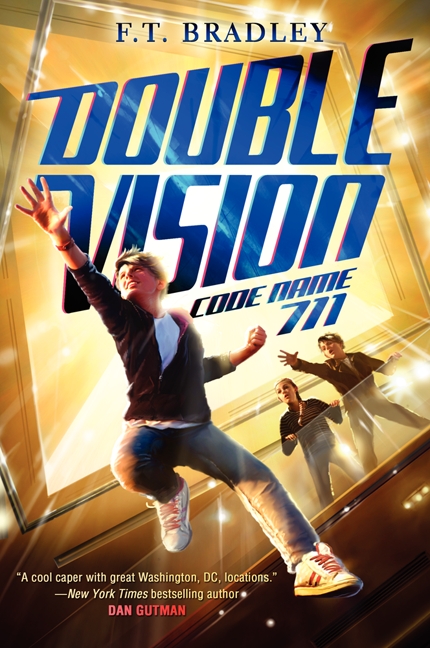 In the second book of the action-packed Double Vision series, ordinary twelve-year-old Linc Baker must go undercover in Washington, DC, to stop a CIA mole from assassinating the president. With an unforgettably funny voice, high-stakes espionage, and real American spy history dating back to the Revolutionary War, this is the latest adventure in the Double Vision series that ALA Booklist says "fans of Alex Rider and 39 Clues will love."

After the government receives a threat on the president's life from someone named Dagger, supersecret spy agency Pandora wants Linc to go to Washington, DC, to protect the first daughter, Amy, and find the dangerous double of George Washington's legendary coat, rumored to make its wearer invincible. Unfortunately for Linc, his by-the-book agent nemesis, Ben Green, is already on the case and making him look bad. With Amy's help, Linc will have to dig deep into the history of America's first spies—the Culper Ring—to beat Ben at his own game and stop Dagger before it's too late.