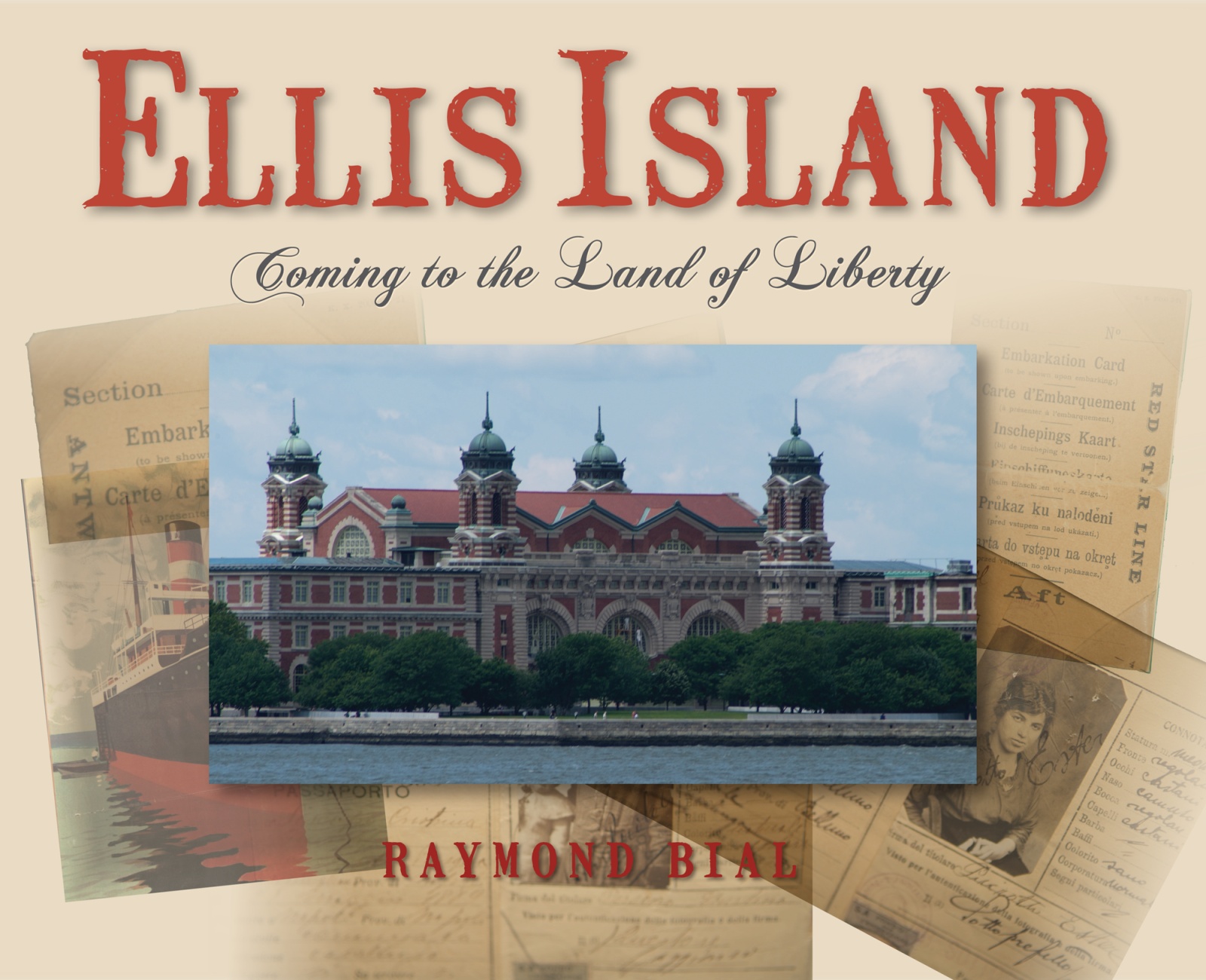 Ellis Island, America’s most famous location in its history of immigration, was once a landfill in the upper bay of New York Harbor. Since its opening on January 1, 1892, Ellis Island has come to symbolize the waves of immigrants from a list of countries that seems endless. Although there were other immigration stations along the United States’ shores between 1892 and 1924, half of the newcomers to the United States came through Ellis Island. Once a popular spot with picnickers, Ellis Island was purchased by a farmer in 1794. The government reclaimed the island and Ellis Island became the foremost station in immigration services. It was enlarged to six acres, and nearly twelve million people passed through its doors until it closed in 1954.
This is the story not only of the many Americans who first came to this country through Ellis Island but of Ellis Island itself.