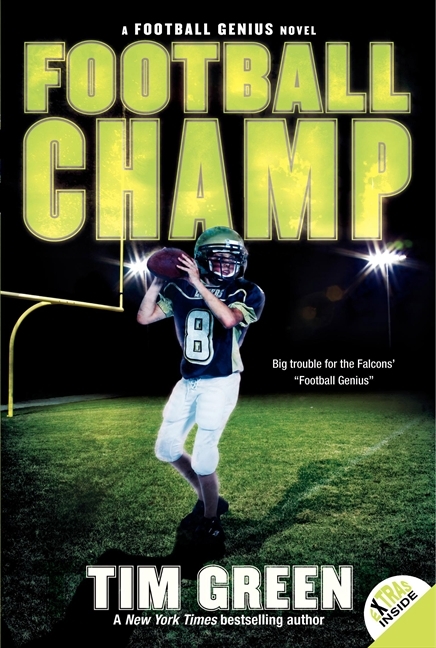 Troy's got to think fast—if he doesn't want to get banned from the NFL for life.

Most people think that Troy White works for the NFL Atlanta Falcons as a ball boy, but the team knows the truth. Troy is a "football genius," with the extraordinary ability to predict an opposing team's next moves. With Troy calling the winning plays, the Falcons are on their way to the playoffs. And thanks to the coaching of Seth Halloway, the Falcon's star linebacker, and the talents of best friends Nathan and Tate, Troy's own team is on its way to the junior league football state championships!

But then reporter Brent Peele starts smearing the team. Suddenly, the media storm surrounding Troy threatens not only his own NFL career, but Seth's and his mother's, too.