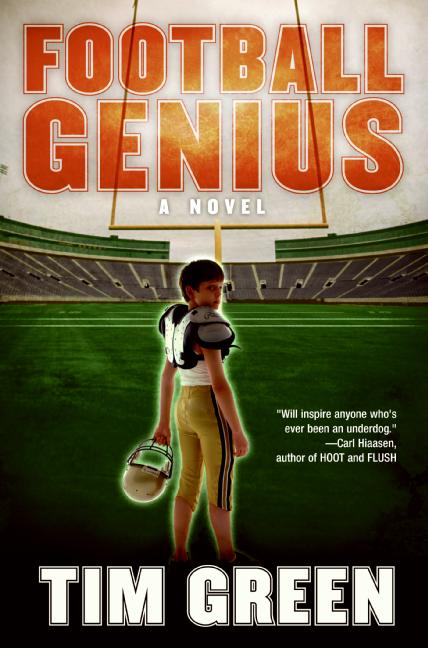 New York Times bestselling author and former NFL player Tim Green scores a touchdown with this exhilarating and action-packed story about an ordinary boy who becomes a hero you can really root for. Perfect for fans of Mike Lupica.

Twelve-year-old Troy White has a phenomenal gift: He can predict football plays before they even happen. Any position. Any player. Any team.

When Troy's single mom gets a job working for the Atlanta Falcons, Troy sees this as an opportunity to show what he can do. But first he has to get to the Falcons—and with tight security and a notoriously mean coach, even his mom's field passes aren't much help.

Then Troy and his best friends devise a plan to get the attention of star linebacker Seth Halloway. With Seth's playing and Troy's genius, the Falcons could be unstoppable if they'll only listen. But if he can’t convince Seth he’s telling the truth, the Falcons’ championship and his mom’s job are at risk.