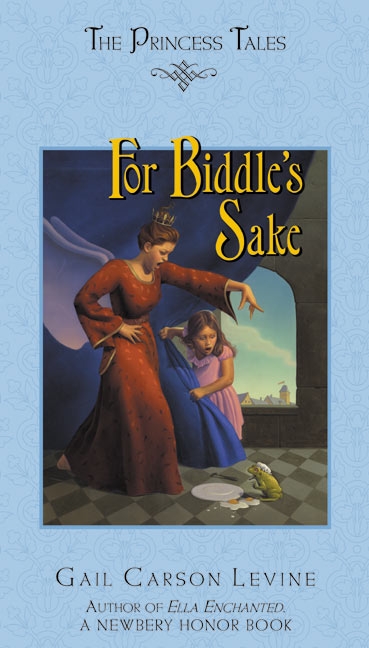 There she was, chartreuse and warty and smiling at him. Such a nice smile. Something in his heart fluttered.

The young maiden, Parsley, will eat nothing but parsley, which in Snettering-on-Snoakes grows only in the fairy Bombina's garden. All is well -- until Bombina is released from the fairy queen's dungeon. Her crime? Failing to get along with humans. And turning them into toads!

A delightful retelling of the little-known German fairy tale "Puddocky," this fifth Princess Tale from Newbery Honor author Gail Carson Levine shows that nothing is quite as it seems and that anything is possible, with a dash of magic and a barrel of love.