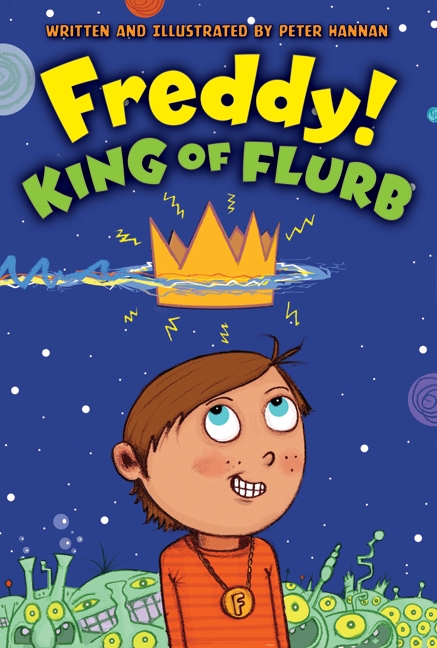 Freddy's just a normal kid . . . with an out-of-this-world life!

Freddy, his sister, Babette, and their parents have been abducted by aliens! Next stop, the planet Flurb, where things couldn't be more different from their ordinary life on Earth. On Flurb, they snack on yootleturds, the buildings are alive, and the aliens make Freddy King!

But his reign won't last long if the evil Wizbad has anything to say about it . . . or Babette! Her brother as king? No way!