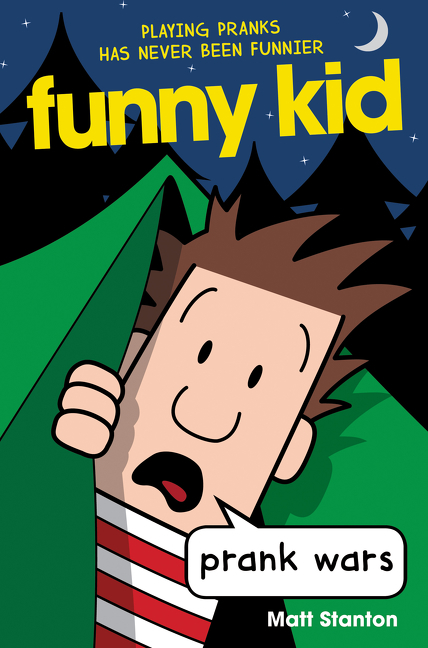 Max is the Funny Kid and, given the choice, he’d always rather laugh than fight. But when a prank war breaks out just before the big overnight class trip, Max has no choice but to pull off the funniest prank ever!

Gunker dragons, duck smugglings, stolen suitcases, lethal super-beans, and the greatest prank ever played are just some of the hilarious antics in store. Paired with hilarious black-and-white illustrations from the author, Max’s mishaps will leave even the most reluctant reader laughing out loud.