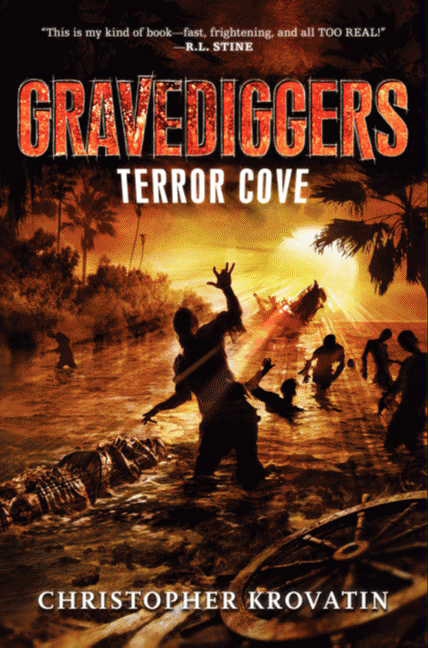 Action, laughs, and thrills make Gravediggers: Terror Cove an exciting second book in the Gravediggers series, which R.L. Stine, author of Goosebumps, called "fast, frightening, and all too real!"

Newly crowned zombie slayers Ian, Kendra, and PJ are on a family vacation in the tropics when they are warned about a cursed island called Isla Hambrienta. What none of them expect to find is a zombie colony much stronger than the one they defeated on the mountain—and another presence on the island that's way more dangerous than the creatures they're supposed to turn to dust.

Fans of creepy books like Skeleton Creek by Patrick Carman will love Christopher Krovatin's wild stories about zombies and the kids who defeat them.