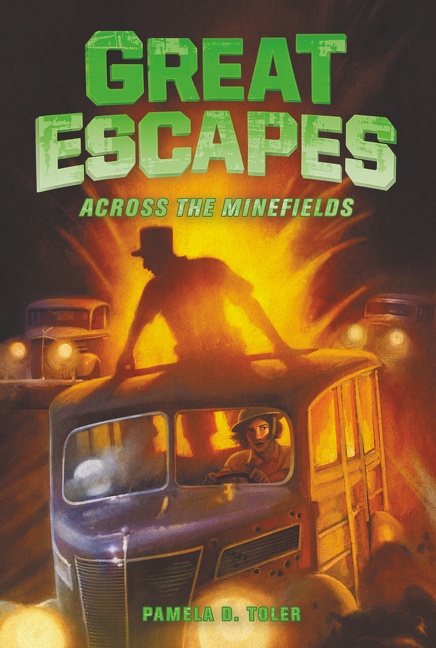 Great Escapes #6: Across the Minefields

Great Escapes #6: Across the Minefields

Are you ready for some of the most exciting, death-defying escape stories ever told? The sixth installment in the Great Escapes series is here—perfect for fans of the I Survived series!

June, 1942—Libya. Free French Officer Susan Travers was one of the few women on the frontlines in Africa during World War Two. After the Germans surrounded the military camp of Bir Hakeim, a shocking order was issued. The French troops were going to break out in the middle of the night—crossing through dangerous minefields and enemy territory—to reach their British allies. And Officer Travers would be leading the charge.

With the lives of thousands of military men at risk, stakes were high. But Officer Travers didn’t face rejection and break gender barriers to back down now. Her country needed her to fight. And win.