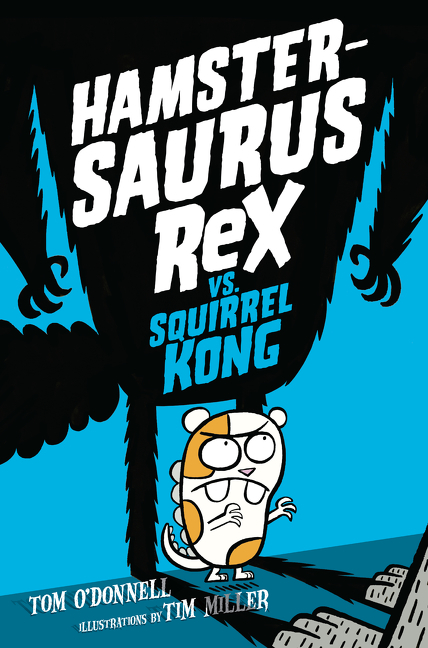 SQUIRREL ATTACK! Sam Gibbs and his super-strong tiny buddy, Hamstersaurus Rex, are back in this hilarious classroom comedy, perfect for fans of Dog Man and Stick Dog—and for anybody who might be entertained by a mutant rodent showdown.

Sam and Hammie Rex discover a terrifying giant squirrel hiding in the woods behind Horace Hotwater Middle School. But nobody else believes Squirrel Kong is real.

Then Hammie Rex takes the blame for Squirrel Kong’s destructive rampages, and the principal threatens to send him away to home for dangerous, troubled small pets. To save his hamster friend, can Sam prove that Squirrel Kong is the true menace?

Expect mysterious mutations, deliciously gross snack foods, and an epic battle with the world’s most fearsome squirrel in this outrageously funny second installment in the Hamstersaurus Rex series.