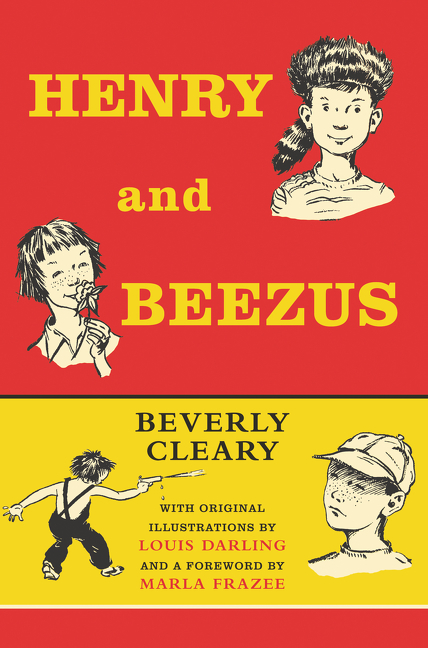 This special edition of Henry and Beezus features the original illustrations by Louis Darling—the first artist to ever render Henry, Ribsy, Ramona, and Beezus—as well as a foreword written by Caldecott Honor and New York Times bestselling author and illustrator Marla Frazee.

For the well-meaning Henry Huggins, nothing ever works out quite as planned—including getting the bike of his dreams. Luckily his pal Beezus Quimby is there to help!

Henry’s attempts at raising money for his bike fund keep falling flat. Selling bubble gum on the playground gets him in trouble with his teacher, and then Ribsy’s nose for mischief almost ruins Henry’s paper route. Even pesky little Ramona Quimby manages to get in the way of Henry’s chance at a bike. But no matter what, Henry can always count on reliable Beezus to stick by his side.