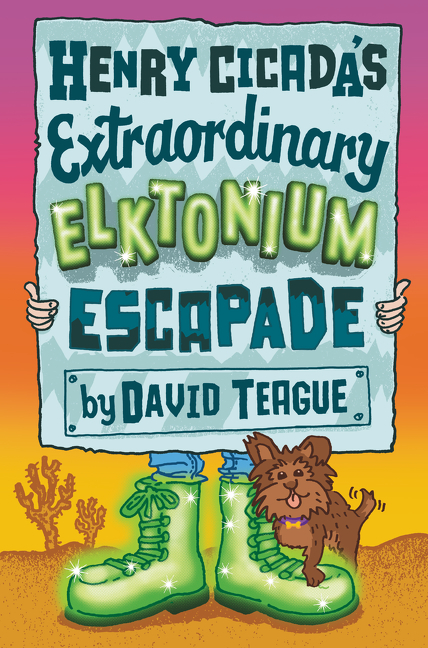 From David Teague, the coauthor of Saving Lucas Biggs, comes a boisterous and funny novel about friendship and self-discovery that will send readers on the wackiest adventure of their lives!

It's no surprise when the doghouse in Henry Cicada's backyard starts glowing. After all, it's made out of Elktonium, a luminescent green metal his mom invented. But Henry is surprised when the doghouse transports him into the imagination of a twelve-year-old girl named Lulu. So surprised, in fact, he forgets his whole plan to be just ordinary.

But as Henry gets to know Lulu, he realizes she's a real girl who is in real trouble. Henry knows he has to help Lulu, but doing something so heroic, so courageous, so audacious . . . well, it would mean abandoning his quest to be ordinary once and for all.

This wacky, heartfelt adventure emphasizes the importance of just being yourself . . . no matter how unordinary that may be.