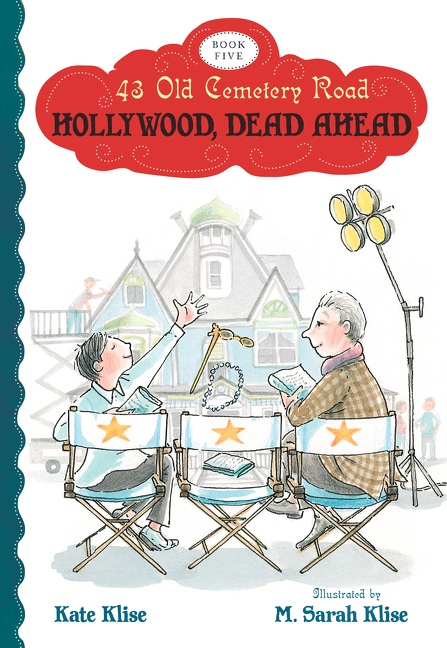 In this fifth volume from 43 Old Cemetery Road, the trio at Spence Mansion leaves Ghastly for Hollywood, California . . . and for a shot at stardom! The film producer Moe Block Busters wants to make the 43 Old Cemetery Road story into a movie—and he promises it will be a sure-fire hit! Lured by the lights of Tinseltown, Ignatius B. Grumply, Olive C. Spence, and Seymour Hope pack their suitcases. But when they arrive in Hollywood, Olive has a sure-fire fit when she discovers how quickly fame changes Iggy and Seymour. Even worse, Olive has been written out of the script! “Little old lady ghosts are so yesterday,” says Moe. “What America wants is a terrifying ghost named Evilo.” Well, if it’s Evilo they want, it’s Evilo they’ll get. And Olive knows just the femme fatale to help her scare Hollywood’s most despicable director half to death.