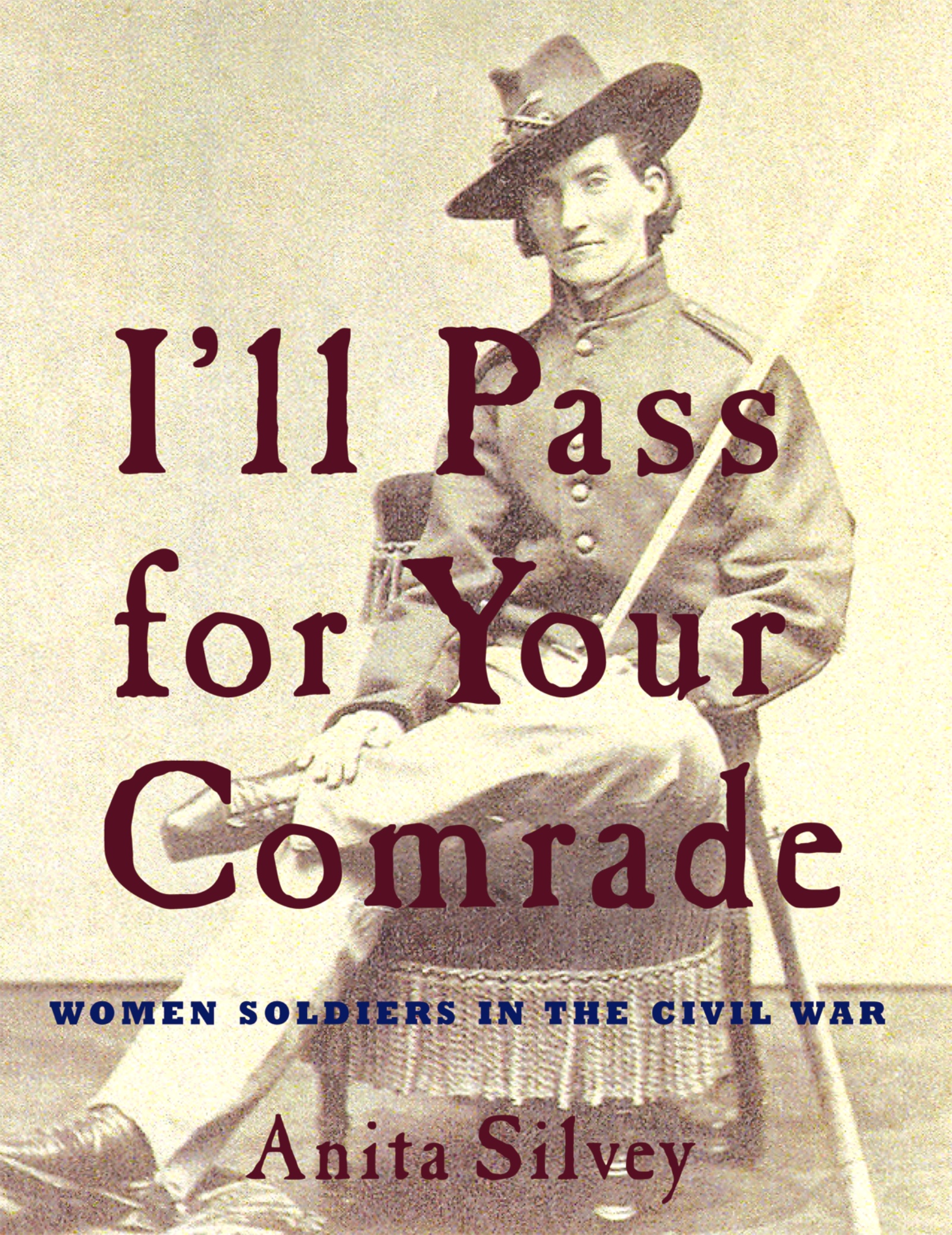 I’ll Pass For Your Comrade

I’ll Pass For Your Comrade

The Civil War has been studied, written about, even sun about for generations. Most people know that it was a conflict between North and South, Unionists and rebels, blue and gray. We recognize the names of Jefferson Davis, Ulysses S. Grant, and Robert E. Lee. Many people know about Clara Barton, the nurse who did so much to save soldiers' lives. But few have heard of Sarah Emma Edmonds, Rosetta Wakeman, or Mary Galloway. They were among the hundreds of women who assumed male identities, put on uniforms, enlisted in the Union or Confederate Army, and went into battle alongside their male comrades. In this compelling book, Anita Silvey explores the fascinating secret world of women soldiers: who they were, why they went to war, how they managed their masquerade. A few left memoirs, diaries, or letters. Newspaper stories, pension records, and regimental accounts yielded additional information, as did the writings of male soldiers who became aware of the women in the ranks. Undoubtedly, there were women soldiers whose true identity was never discovered or revealed. Accessible, accurate, and engaging, I'll Pass for Your Comrade invites readers to view the Civil War from an uncommon perspective and explores an often overlooked aspect of our history.