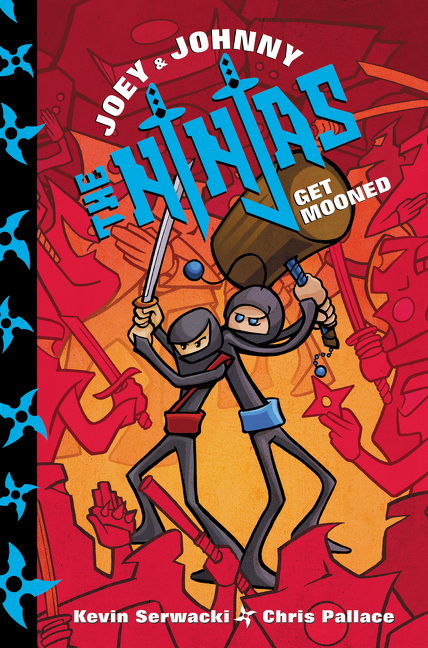 Joey and Johnny, the Ninjas: Get Mooned

Joey and Johnny, the Ninjas: Get Mooned

Joey and Johnny, the Ninjas: Get Mooned is the first book in a clever, insanely funny, and highly entertaining illustrated series about two best friends and ninjas-in-training, perfect for fans of the Origami Yoda series.

Joey and Johnny are best friends, but they could not be more different. Joey follows all the rules. Johnny doesn't know what rules are. Joey is strategic. Johnny leaves everything up to chance. Joey is serious. Johnny is . . . well, he carries a clown hammer and wears a dooly-bopper on his head. But there is something these two boys have in common: They are ninjas. And they're both students at Kick Foot Academy, the premier ninja school in Lemming Falls.

But Kick Foot Academy's reputation is about to be put to the test. Their rivals at Red Moon Clan have mysteriously come into possession of state-of-the-art weapons—something that is totally not ninja. And now they have challenged Kick Foot Academy to a Test of Three, culminating in an epic Battle Royal. The outcome will determine which ninja school reigns supreme . . . and which shuts down forever.