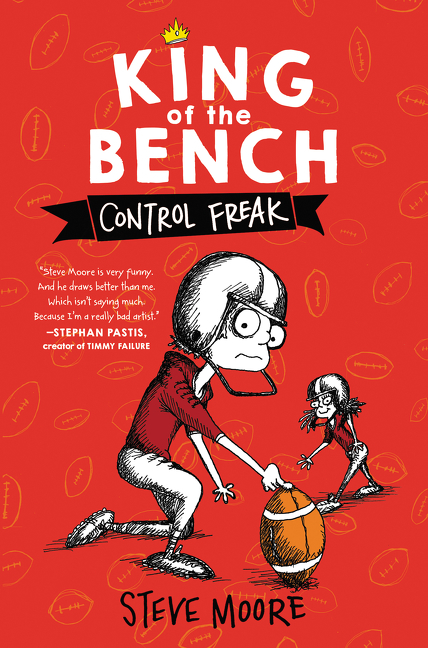 King of the Bench: Control Freak

King of the Bench: Control Freak

In the second book of this new, highly illustrated middle grade series by the nationally syndicated cartoonist of “In the Bleachers,” Steve reprises his role as perpetual bench-warmer. Perfect for fans of Timmy Failure and Diary of a Wimpy Kid, King of the Bench is an ode to teammates, underdogs, and bench-warmers everywhere.

Steve is King of the Bench. No brag. That’s just a fact. And this season, Steve and his friends are ready to sit on the sidelines of the Spiro T. Agnew Middle school football field. But then they stumble upon an old-school video game controller, and they become convinced it can control sports plays. With it, Steve might become King of Football too!

Oh, and if you’re wondering why Steve would write a book and tell complete strangers about a mysterious magic device that pretty much controlled his first season on the football team, too bad! It’s a strict rule when writing a book that you have to build suspense first.