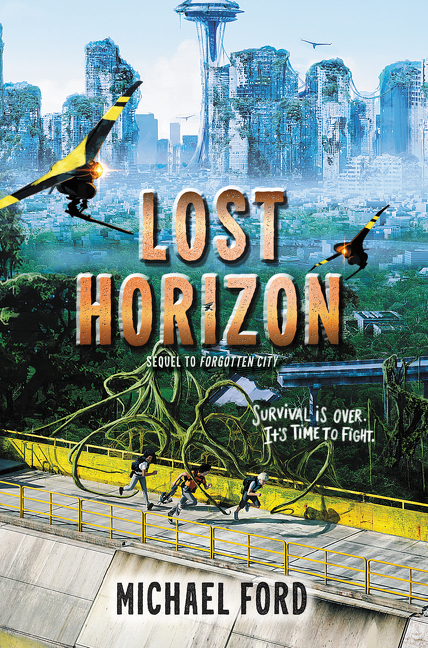 This gripping sequel to Forgotten City is a twist-filled survival adventure that’s Mad Max for tweens.

Everything Kobi once believed was a lie. Not only are there other survivors of the Waste that devastated the world thirteen years ago, but beyond the wasteland of Old Seattle lies a gleaming new city where thousands are desperate for a cure.

To put an end to the Waste—and bring justice to those responsible–Kobi and his new friends will have to return to the heart of Old Seattle, where the outbreak began. It’s a dangerous journey. But Kobi knows what lies ahead. And he’s ready to fight.