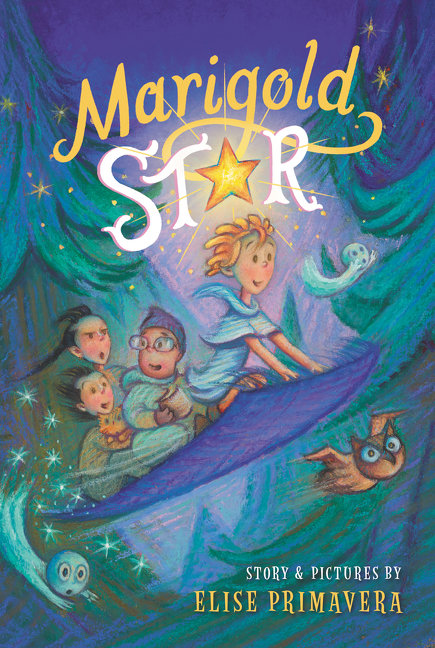 Marigold Star is destined for greatness. Everyone in Bramblycrumbly thinks so, her parents and pet dragon included. There’s just one problem. Marigold can’t do magic!

Then one day she tries a new spell written in a very old book. It’s called the Invis-O-Friend Spell, and it makes Marigold invisible to all but the friend who needs her most. To Marigold’s surprise, the spell works!

But now there’s another problem. The spell sent Marigold to the human world. And to return home, she’ll have to befriend a host of human children who are struggling to make friends. Marigold will have to hurry, or the line between her magical world and the human one might crumble until she has no home left to go back to.