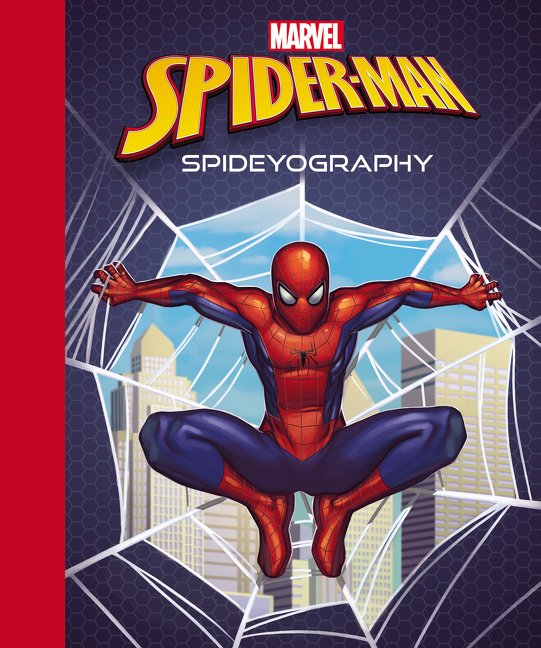 Peek beneath Spider-Man’s mask with this in-depth guide to the web-slinging wall-crawler.

Packed with personal mementoes and related ephemera like his photos, newspaper clippings, sample webbing, and designs for his early costumes, Marvel’s Spider-Man: Spideyography is both a fascinating book and a spectacular collectible.

Marvel’s Spider-Man: Spideyography goes beneath the hero’s mask to reveal the man behind the Spider-Man. Peter Parker’s secret notebook contains everything his enemies would ever want to know about his life as a Super Hero. Trace his career from the day a spider bite changed his life to his most epic battles around New York City!

What may have started as a simple high school student’s notebook has become a detailed account of one of the most popular Super Heroes in history. Personal memories of his Uncle Ben and Aunt May are woven in with his science notes and press clippings from The Daily Bugle covering his most thrilling encounters with evil villains like Green Goblin, Doctor Octopus, and Venom.