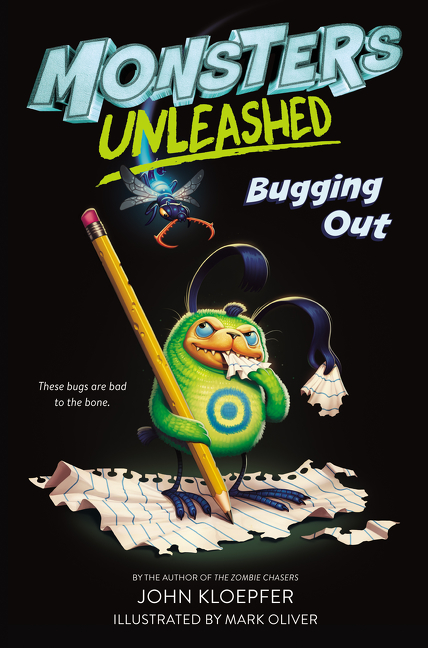 From the author of the popular Zombie Chasers series comes the second book in the hilarious, action-packed Monsters Unleashed duology, now in paperback!

The only thing worse than monsters? Bugs. Billions of them.

Just when Freddie Liddle thought he could catch a break, a new kind of terror infests his town: slimy, disgusting, man-eating, self-replicating bugs. But these aren’t just any pests—these bugs were 3D printed by Freddie’s classmate Trevor, and they’re stronger, faster, and meaner than any other insect on earth.

Now it’s up to Freddie, his new friends, and their pet monsters to stop these bad bugs before they devour everything in sight. The kids start crunching, stomping, and smashing, but as the bugs get bigger, the chances of winning against them get smaller.

Can Freddie and his friends get the creepy crawlers to buzz off before their town goes SPLAT?