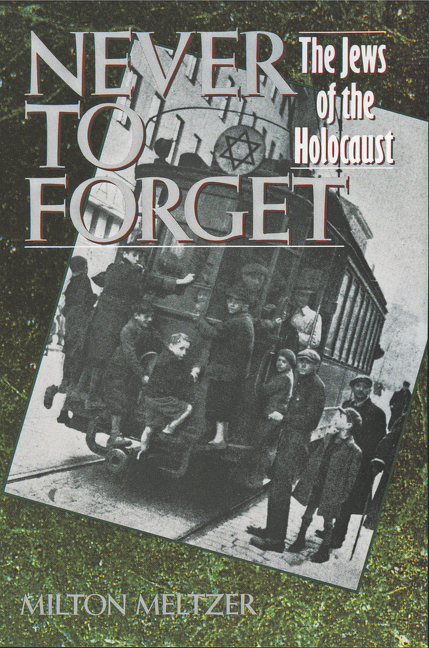 We can think, not of the numbers, the statistics, but of the people. For the families torn apart, watching mothers, fathers, children disappear or be slaughtered, the numbers were agonizingly comprehensible. One. Two. Three. Often more. Here are the stories of thode people, recorded in letters and diaries, and in the memories of those who survived. Seen through their eyes, the horror becomes real. We cannot deny it--and we can never forget.

‘Based on diaries, letters, songs, and history books, a moving account of Jewish suffering in Nazi Germany before and during World War II.’ —Best Books for Young Adults Committee (ALA). ‘A noted historian writes on a subject ignored or glossed over in most texts. . . . Now that youngsters are acquainted with the horrors of slavery, they are more prepared to consider the questions the Holocaust raises for us today.’ —Language Arts. ‘[An] extraordinarily fine and moving book.’ —NYT.